The Canadian Pacific coast province of British Columbia declared a state of emergency following floods and mudslides caused by extreme rainfall as officials said they expected to find more dead.

Every main route between the Lower Mainland of British Columbia, where Canada’s third-largest city of Vancouver is, and the interior of the province has been cut by washouts, flooding or landslides following record-breaking rain across southern British Columbia between Saturday and Monday.

Aerial footage showed the extent of the damage caused by the mudslides.

“I can confirm that there are hundreds of Canadian Armed Forces members currently headed to British Colombia to help with everything from supplies to evacuation to whatever is needed. There are thousands more on standby,” Canadian Prime Minister Justin Trudeau said, speaking from Washington, DC.

The federal government said it was sending the air force to assist with evacuations and to support supply lines.

Military helicopters already helped evacuate about 300 people from one highway where people were trapped in their cars following a mudslide.

Canada’s military is assisting with evacuations as torrential rains cause floods and landslides, close roads, railways. 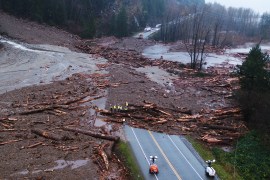 At least one dead, Vancouver port closed in Canada floods

Heavy rain has prompted evacuations in British Columbia and caused power outages in US state of Washington. 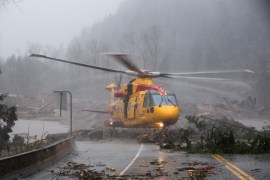 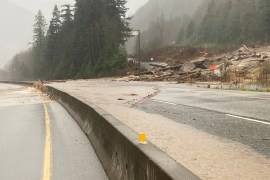