At least 77 people have been killed after an earthquake struck Indonesia’s West Sulawesi province, the country’s disaster mitigation agency said on Sunday, the latest in a string of disasters to hit the Southeast Asian country.

More than 820 people were injured and about 15,000 fled their homes after the magnitude 6.2 quake. Some sought refuge in the mountains, others went to cramped evacuation centres.

The earthquake and its aftershocks damaged more than 400 homes and two hotels and flattened a hospital and the office of a regional governor, where authorities said several people were still trapped.

Straddling the so-called Pacific Ring of Fire, Indonesia is regularly hit by earthquakes. In 2018, a devastating magnitude 6.2 earthquake and subsequent tsunami struck the city of Palu, in Sulawesi, killing thousands. 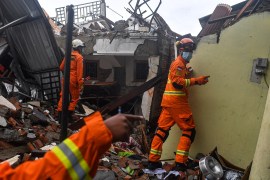 Two days after the disaster, it is unclear if there are people still trapped but alive under the debris on Sulawesi. 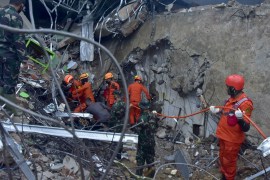 Death toll rises to 45 as 190 people are treated for injuries and 15,000 residents have sought temporary shelters. 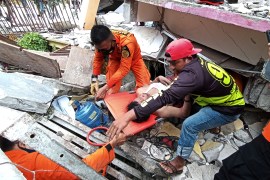 At least 42 killed, several trapped in collapsed buildings after a magnitude 6.2 quake.