Austria’s top security official says four people have died – including one assailant – and fifteen people were wounded in a shooting in the heart of Vienna late on Monday.

Interior Minister Karl Nehammer told reporters on Tuesday two men and a woman have died from their injuries. A suspected attacker, who was carrying an assault rifle and a fake suicide vest, was also shot and killed by police.

Authorities were still trying to determine whether further attackers may be on the run, he said. People in Vienna have been urged to stay at home if possible on Tuesday.

A total of 17 victims are being treated at several hospitals, mainly for gunshot wounds and cuts, the spokeswoman said. The 10 patients with minor injuries are in shock, she added.

The shooting began shortly after 8pm local time (19:00 GMT) on Monday near Vienna’s main synagogue as many people were enjoying the last night of open restaurants and bars before the start of a coronavirus lockdown. 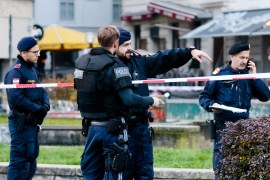 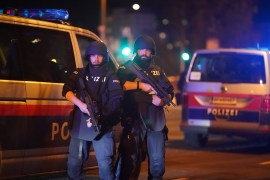 Leaders in Europe and around the world condemn Vienna attacks as Austrian police continue manhunt for suspects. 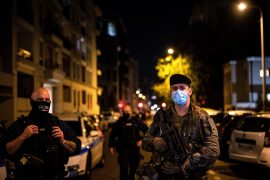 Investigators are trying to determine whether a man arrested was the gunman behind the attack.