Chileans voted overwhelmingly in a landmark referendum on Sunday to replace their dictatorship-era constitution, long seen as underpinning the nation’s glaring economic and social inequalities.

The result set off celebrations across the capital and other cities after voters threw out the constitution left by the 1973-1990 regime of dictator Augusto Pinochet.

Thousands of people flocked onto the streets of Santiago amid a cacophony of horn-blaring to celebrate a crushing victory for the “Approve” campaign.

“I never imagined that us Chileans would be capable of uniting for such a change,” said a jubilant Maria Isabel Nunez, 46, as she walked in the crowd hand-in-hand with her 20-year-old daughter.

Acknowledging the result, President Sebastian Pinera called on the nation to work together for a new constitution in a speech broadcast from the Moneda Palace.

“This plebiscite is not the end. It is the beginning of a path that we must all walk together to agree on a new constitution for Chile,” Pinera said.

“Until now, the constitution has divided us. From today we must all work together so that the new constitution is the great framework of unity, stability and the future.”

The vote came a year to the day after more than one million people thronged downtown Santiago amidst a wave of social unrest that left 30 people dead and thousands wounded. 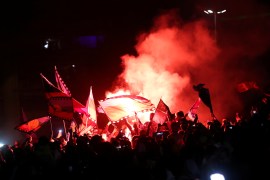 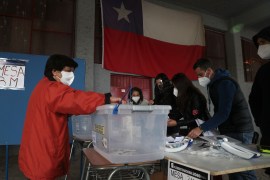 Voters cast ballots on whether to replace Pinochet-era constitution with new charter drafted by citizens. 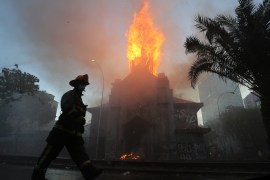 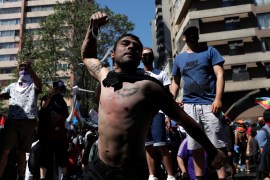