Since the seizure of large parts of Iraq by the Islamic State of Iraq and the Levant (ISIL, also known as ISIS) in early 2014, over three million Iraqis have been driven from their homes. Many carry with them horrific stories of violence and suffering.

The displaced have featured heavily in international media coverage of Iraq over the past few years, yet that coverage tends to focus overwhelmingly on the darkest moments of the displacement experience; the trauma of living with memories of violence and loss, the hardships of camp life, the fear and uncertainty over the future.

That narrative is real, and important, but it is only a part of the story. It can obscure the fact that on most days, for millions of displaced Iraqis, life is not a permanent crisis. In between the moments of drama, days are filled with a mixture of chores, laughter, frustration, games and boredom.

Children in camps and improvised accommodation across the country show a phenomenal capacity for resilience, and for having fun in the face of adversity.

Destroyed buildings become play grounds, muddy streams become swimming pools, windswept tent cities become kite-flying arenas. In one IDP camp in the town of Hajj Ali, youngsters gather every evening in a newly constructed play room, while others challenge each other at pool or table football.

Many of Iraq’s displaced have endured unthinkable horrors. Yet to present them only as victims is to ignore the strength and resilience that enables them to overcome the challenges thrown at them,  and to make the most of a bad situation, one day at a time. 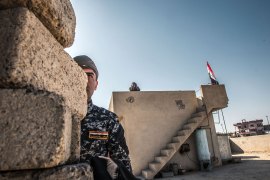