Demonstrators flooded the streets of the occupied West Bank and the Gaza Strip on Monday to mark the anniversary of the Nakba, or the dispersal of 750,000 Palestinians during the creation of the state of Israel in 1948.

Nearly seven decades on, the number of registered Palestinian refugees has swelled to more than 5.3 million. They live in United Nations-run camps throughout the region, including in the occupied West Bank and Gaza, Lebanon, Jordan and Syria.

The Nakba, or catastrophe, is remembered each year on May 15. 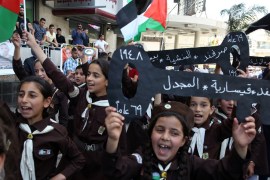 Protests and vigils in occupied West Bank, Gaza and Israel as Palestinians mark forced displacement from lands in 1948. 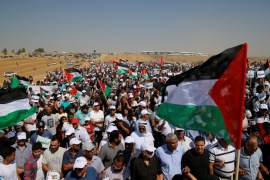