The morning darkness is punctuated by the sound of pots clanking, and a burst of laughter. Members of the 18th Front of the Revolutionary Armed Forces of Colombia, or FARC, are cooking breakfast at one of their four Pre-Concentration Zones near Ituango in Antioquia, Colombia.

The 18th Front is considered to be one of the left-wing group’s more militarily successful fronts, exerting strategic influence in the northern part of Antioquia, a state that has been heavily affected by the country’s 52-year civil war.

It is a conflict that has involved government forces, drug cartels, right-wing paramilitaries and leftist guerrillas, and which has left hundreds of thousands dead, tens of thousands kidnapped and millions displaced.

Although the initial peace accord between the Colombian government and the FARC was rejected in a plebiscite on October 2, both parties reached a new accord that was ratified by congress on November 30.

As part of the demobilisation, disarmament, and reintegration process outlined in the peace accords, the FARC moved to pre-concentration sites in late 2016, before a move to UN Transitory Zones on January 31, 2017. On that day, 6,300 guerrillas moved to the UN-organised camps.

Now, in the first few months of the peace process, the FARC is in a state of transition. 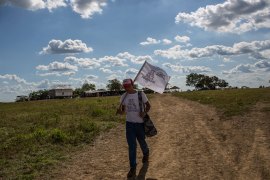 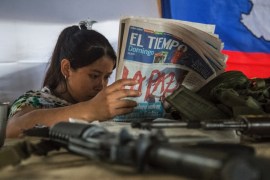