South Sudan – Once a symbol of peaceful coexistence between South Sudanese from different origins, Central Equatoria, on the southern border of South Sudan has become a scene of a massive exodus of the local population towards neighbouring Uganda.

Thousands of civilians have fled, and continue to flee, the area as a result of increasing insecurity in the region, due to an escalation in violence in and around Kajo-Keji between the Sudan People’s Liberation Army (SPLA) loyal to the government of President Salva Kiir, and the SPLA-in-Opposition forces loyal to the former First Vice President Riek Machar.

Newly arrived refugees entering Uganda’s northern region report that armed soldiers wearing the uniform of the Sudan People’s Liberation Army (SPLA) are perpetrating systematic and widespread attacks against civilians moving towards Ugandan border, forcing civilians to travel through the bush and to use a number of informal border crossing points in Moyo district.

Refugees crossing the Ugandan border at Lefori and Afoji areas report that thousands of people from different locations are sheltered in several internally displaced persons sites outside Kajo-Keji, while many elderly people remain trapped in their villages, as they cannot make the journey towards the Ugandan border.

UN officials have been warning since last November that ethnic cleansing is under way in the Central Equatoria region and in Yei River State, specifically, and that the conditions are being created for a genocide in South Sudan, with Juba strongly denying such claims. 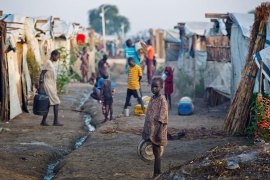 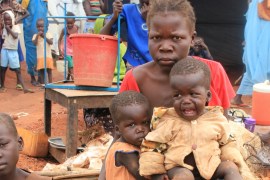