By Sorin Furcoi and Azad Essa

Inside the camp, women sit outside their dwellings, warming maize or boiling vegetables, braiding their children’s hair or gossiping with neighbours. Others crouch among sparse green stems in the small vegetable plots, a patchwork of dark brown and tan clearing where a forest of tall trees once stood. The men, mostly elderly, sit under the shade of a mango tree close to the camp’s entrance. They talk and wait for prayer time.

The displaced here belong to the Fulani tribe, a nomadic people that roam Central and West Africa; they are known for spending their days searching for pastures to feed their cows.

As herders, they are permanently on the move, and their home is the road. But many of the people in this camp have not had any cattle to herd, nor have they left this vicinity for the past three years.

During the height of the instability in CAR in 2014, many Fulani cattle herders, were targeted by Anti-balaka groups in a set of reprisal attacks on the Muslim minority over the crimes of Seleka rebels.

At the time, Fulani herders were accused of trespassing with their cattle onto Christian farms and destroying their vegetation with blessings from the Seleka. This is said to have exacerbated fraught Muslim-Christian tensions.

Adoum Takadsi, head of the Fulani in Batangafo, confirmed to Al Jazeera that some Fulani took their cattle onto farms, but said that these incidents were not the source of the conflict. “The source is still people fighting over power,” Takadsi says.

According to the cattle herders in the camp, when the attacks by the Anti-balaka slowed, Seleka rebels took turns to raid cattle, leaving many Fulani herders abused by militia on both sides.

Muslims return to CAR to find their homes are gone

Fearing for their lives as the violence between rival groups intensified, hundreds of Fulani families fled to Chad or settled into three camps set up between Kabo and Batangafo.

Late in 2015 and 2016, some families returned from Chad and moved into the camps as a first step towards returning to their old lives. But they have been stuck in the camps ever since.

“Living in Chad was harder because we could not access food, so we returned,” Ousmane Moussa, 56, a representative of the returnees from Chad, living at the Ndoubou camp, says.

Much of the CAR is still run by armed groups, and the country is experiencing some of the worst violence since 2014.

Some 600,000 people are internally displaced, and 2.1 million people are food insecure. Today, around 4,000 people, mostly Fulani and some Christian farmers, live in the three camps. Not only has the loss of their cattle meant a loss of livelihood, but it has also disrupted their entire way of life.

There is no place to call home without their cows.

“To live without our cows is to suffer … our life is completely different,” Moussa told Al Jazeera.

Without an income, the displaced here are almost entirely reliant on the surrounding villagers for food and aid agencies for the basics. Others have tried their hand at planting vegetables, hoping to trade them at the town’s market.

According to the Norwegian Refugee Council, there is little indication the country is moving towards sustainable peace. Though the country held elections in 2016, governance and security are still limited to the capital.

“The security and humanitarian situation has clearly been deteriorating for the past months.There is no real positive sign,” says Ingrid Beauquis, a spokesperson for the Council, told Al Jazeera, from the capital Bangui.

In the area around Kabo, close to the border with Chad, aid workers have routinely been targeted by armed groups, leaving the region often too dangerous for aid agencies to operate.

Residents of the Ndoubou camp said that food rations from aid agencies are not consistent.

“Civilians pay a heavy price to the violence imposed by armed group. Oftentimes, they are cut off from much-needed humanitarian assistance,” Yaye Nabo Sene, spokesperson at the UN Office for the Coordination of Humanitarian Affairs (OCHA) told Al Jazeera.

The onset of the rainy seasons means that as recently as September, Kabo was hit by severe flooding.

More than 470 houses were destroyed, and 385 farms were flooded. Now more than 800 homes are in need of aid, according to OCHA.

When Al Jazeera spoke to Nario Zaidow, a 36-year-old displaced Central African living in the camp during the dry season earlier in the year, she bemoaned the living conditions and poorly built wooden huts.

“When it rains, I have to stand up in the house, because it floods. Only after it stops, I can sleep,” she said.

But the Fulani herders still hold steadfast to their hopes they would get back to their lives.

“Without cows, my life has no purpose,” Moussa says, the lines on his face creasing ever deeper as he finishes his sentence. 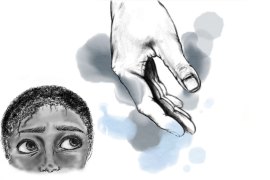 UN says it will investigate latest allegations of mishandling of cases after internal report leaked to US-based NGO. 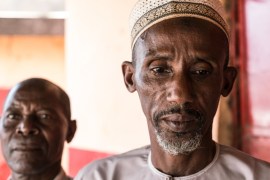 Muslims return to CAR to find their homes are gone

Observers warn that if land and property are not returned, there will be no peace in the Central African Republic.