Thousands gathered on Monday in a small town in southern Bolivia, where the leader of the Cuban revolution Ernesto “Che” Guevara was executed by CIA-backed Bolivian soldiers 50 years ago.

Bolivia’s President Evo Morales camped in a sleeping bag and tent and welcomed dignitaries from allies Cuba and Venezuela during the commemoration ceremonies.

“Fifty years later, the legend of Ernesto Che Guevara lives in the young people, in their unquestionable struggle for equality and liberation,” Morales wrote on Twitter before his scheduled speech on Monday.

Over the weekend artists, activists, veterans of the Cuban revolution and Guevara’s descendants gathered to commemorate the revolutionary hero in Vallegrande, where he was buried in a hidden, unmarked grave in 1967 before his remains were moved to Cuba 30 years later. 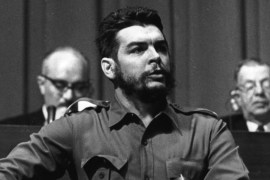 Who was Che Guevara?

A look back at the life and legacy of Ernesto ‘Che’ Guevara. 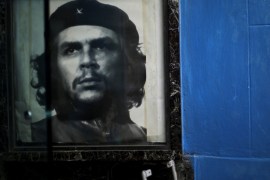 Che: An assassin or a revolutionary?