Fifteen years after suffering defeat at the hands of the United States, the Taliban are rapidly retaking territory in Afghanistan. Wide swaths of the country are now under their control.

But the prize for the armed group is the city of Lashkar Gah, considered the gateway to the rest of the country.

Al Jazeera’s Steve Chao travelled to the frontline to meet the last defenders of this vital city.

He found a ragtag group of Afghan soldiers and police, poorly trained and short on supplies, but full of determination to take on the Taliban in fierce firefights.

Chao also documents the true cost of war at a busy emergency hospital, where he meets patients injured in the long-running conflict.

Watch the full documentary here: Afghanistan: Taliban at the Gate. 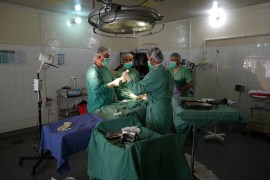 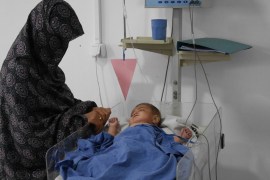 With frontline medics and civilian patients under increased threat in Afghanistan, are the rules of war changing?