Dungarpur, Rajasthan, India – Five-year-old Pinki is hiding behind her grandmother, Kanku Roat. The 53-year-old has been her world since her mother left. They live in a small mud house that they share with two goats, a cow and a calf – their only assets.

Pinki doesn’t remember her mother. She left after Pinki’s father died. The young widow went off to participate in the centuries-old custom of Nata Pratha. Pinki was only a year old.

Prevalent in the Bhil tribal community from which Pinki’s family come, Nata Pratha allows a man to pay money to live with a woman to whom he is not married.

The price can range from 25,000 to 50,000 Indian rupees (around $375 to $750) and is usually negotiated by members of the community, or middlemen, who may receive a cut for doing so. Traditionally, both the man and woman were supposed to be married or widowed, as in the case of Pinki’s mother, but the custom is evolving to include single people as well.

The woman typically goes to live with the man, often leaving any children she already has behind.

“After the death of my son, my daughter-in-law became a part of this custom and discarded her daughter to live with a married man,” says Kanku. “She could have stayed back and taken care of her daughter, but this is the custom of our community that has been followed for centuries.”

She says she doesn’t know where her daughter-in-law is now and Pinki has not seen her mother since she left.

“Women who enter Nata mostly leave their children with … relatives,” explains Neema Pant, the assistant manager of the child sensitivity social protection programme at Save the Children in Rajasthan. Some, she says, “suffer discrimination and abuse by their … relatives. They miss their school and their nutrition is also compromised”.

Sometimes, she says, they are made to work in the house and on the fields, although Save the Children is working to provide support to children abandoned as a result of Nata Pratha so that they can attend school and experience a more “conducive environment in the family”.

Rama Kallasua is the head teacher at a government school in South Rajasthan and a member of the Bhil community. She says: “In our community there is no concept of remarriage. Nata is the alternative of remarriage and this is a socially sanctioned and approved custom by our community.”

“In marriages, there are a lot of expenses and our community is very poor, so to save costs our ancestors created the Nata custom,” she explains.

The custom has also found support among tribal leaders such as Bansilal Kharadi, who is a member of a panchayat, or village council, in a Bhil community and believes that the tradition can be empowering for women, allowing them to choose to leave husbands they are unhappy with in order to live with another man.

“There is nothing wrong in Nata Pratha,” he says. “It’s a custom that gives power to women to choose. If a woman’s husband is an alcoholic, then she can just leave him and start living with a man of her choice. Our ancestors created this custom and it cannot be wrong. Our community will always follow this.” 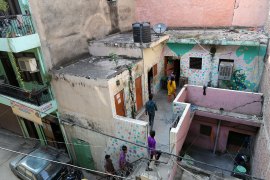 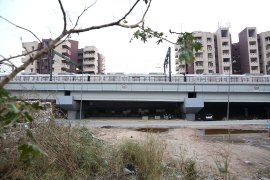