Beirut, Lebanon – Of all the Mediterranean coastline within the city limits of Beirut, a precious and already threatened fraction is accessible to the public free of charge.

The rocky outcrop of al-Dalieh in the Raouche district extends from the southwestern perimeter, sandwiched between an upmarket resort and a stretch of restaurants and multimillion-dollar high-rise flats. Activists have been fighting to preserve its natural integrity, and to ensure it remains open to all.

A natural peninsula of sand dunes, fertile soil and descending limestone cliffs that gradually fold into tide pools, Dalieh hosts a colourful demographic of regulars and visitors. Local fishermen who run frequent boat tours in the area have struggled to maintain their livelihoods amid government-sanctioned evictions that have paved the way for private development.

The future of Dalieh remains uncertain. 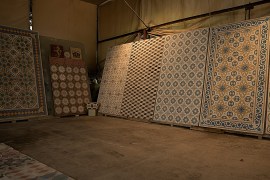 Edgard Chaya views himself as the guardian of a fragile piece of Lebanese architectural heritage. 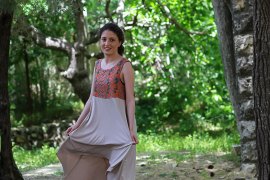 Stories from Palestine told through dresses

The history and culture of Palestine are told through the language of threads.