The Libyan National Army has been carrying out air strikes on areas of Benghazi under the control of the Shura Council of Benghazi Revolutionaries, including the city’s Ganfouda district.

The strikes have endangered the lives of scores of detainees who are being held captive in Benghazi, according to Amnesty International.

On the weekend, Libyan forces also said that they had edged further into the centre of Sirte, seeking to recapture the city from the Islamic State of Iraq and the Levant group (ISIL, also known as ISIS). Their advance came after heavy fighting the previous night, which killed dozens of people.

Since last year, Sirte has become ISIL’s most important base outside Syria and Iraq, and its loss would be a major setback for the group. 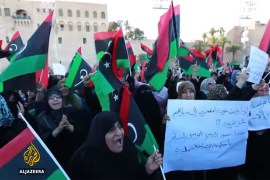 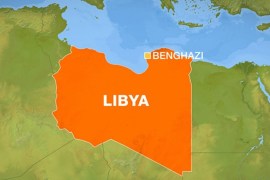 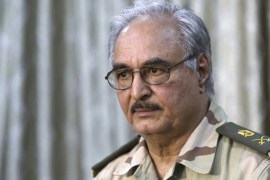