By Faras Ghani and Hafsa Adil

“We salute our martyred princess.”

“You are dearly missed.”

These are some of the messages written on the large banners that drape over the towering walls of a mausoleum in the southern province of Sindh.

Garhi Khuda Bakhsh is the ancestral village of Pakistan’s Bhutto family, and the mausoleum – a mighty three-domed white marble structure – is the final resting place for members of that political dynasty.

The Bhutto family’s history has been a troubled one: a military coup, two mid-term dismissals of government, corruption allegations, an execution and assassinations.

He became Pakistan’s fourth president in 1971 and its ninth prime minister in 1973. In April 1979, during the rule of military dictator Zia-ul-Haq, he was hanged.

Benazir’s first term in power began in 1988, following Zia-ul-Haq’s death in a plane crash, but was over within two years owing to corruption allegations. The same criticism ended her second three-year tenure in 1996.

Following an eight-year self-imposed exile, Benazir returned to Pakistan in 2007 to contest the following year’s national elections. More than 200,000 supporters reportedly gathered at Karachi’s airport to welcome her.

As her convoy passed through the city it was the target of a twin bomb attack that left 134 people dead. Benazir walked away unscathed.

But, two months later, another attack following an election rally in the northern city of Rawalpindi took her life.

For the party’s die-hard followers – called jiyalas – who remain loyal to the family and pledge allegiance to the Bhutto progeny, the mausoleum has become a place to pay homage. 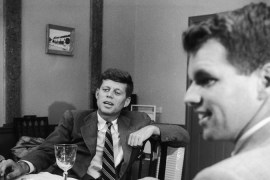 The mystique of ‘cursed dynasties’

Another Kennedy tragedy puts the spotlight back on famous families who have often dealt with untimely deaths. 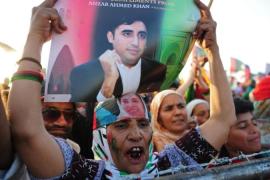