Riace, Italy – As the continuous influx of refugees is seen as a cause for concern for many European nations, which are employing strict border controls to stop the unprecedented flow of people, one community in the southern Italian region of Calabria has taken a different perspective of the matter.

The village of Riace had seen its population drop from 2,500 to 400 since the 1990s, when people moved to northern Italy for better economic opportunities.

Domenico Lucano, Mayor of Riace, saw the flow of refugees in Italy as an opportunity. “We have been welcoming refugees with open arms for the past 15 years. [They have] saved our village,” Lucano explained.

The resourceful mayor first acted on this opportunity in 1998, when a boat with 218 Kurdish refugees on their way to Greece got stranded on a beach in Riace. This is when Lucano first proposed that the refugees should stay in the village and take over the homes and apartments that had been left vacant by the migrating former residents of the town.

The mayor helped to facilitate the integration by establishing a “refugees welcome” project, which is now spreading through neighbouring towns.

Presently, people from 20 different nations live in Riace. Bakeries and workshops have re-opened. There is even a school for the children of the village.

The population of the village has bounced back to 2,500. The successes in the village have been noted in Rome, according to the mayor, and the Italian government has been promoting the settlement of refugees in other smaller, shrinking communities. The policy makes more economic sense than accommodating the refugees in reception or refugee camps.

READ MORE: Meet the Syrian refugees who do not dream of Europe 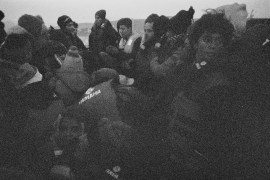 The refugee crisis through the eyes of refugees

The #RefugeeCameras project distributed single-use cameras to refugees so they could tell the world their own story. 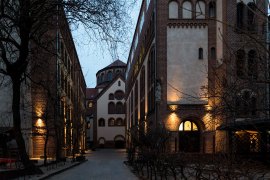 German church opens its gates for Nowruz celebrations for refugees from Iran and Afghanistan.