Canadian officials who got their first glimpse of Fort McMurray since a wildfire erupted there said they were encouraged by how much of it had escaped destruction, estimating that almost 90 percent of its buildings were saved.

But a tour of the fire-ravaged town on Monday also revealed scenes of utter devastation, with blocks of homes reduced to blackened foundations, front steps and metal barbecues.

Alberta Premier Rachel Notley said 2,400 structures had burned within the city while almost 25,000 were saved. 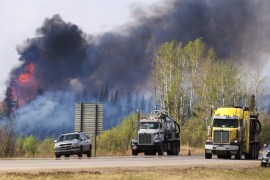 Drop in temperature and rain stop blaze from growing, as change in wind direction shifts flames away from Fort McMurray. 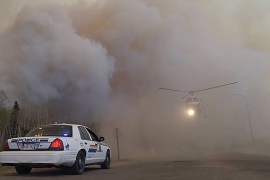 Blaze may reach major oil sands mine and even neighbouring province of Saskatchewan.