The Marathwada region in India’s western Maharashtra state is reeling under the worst drought in decades.

Around 400km from the financial centre of Mumbai, the region has been getting insufficient rains for the past three years.

In 2015, it received only 49 percent of what is considered a normal amount of rainfall. Some parts received even less: a meagre 35 percent of normal rainfall.

Farmers, most of whom grow sugarcane and cotton, both water-intensive crops, are the worst hit. Yields suffered and cumulative losses over three years pushed many farmers to the brink and some, unfortunately,  beyond.

Locals say the current situation is worse than the 1972 drought, which was considered the worst drought in living memory.

Distress migration from villages is happening on an unprecedented scale and only the children and the old could be found in many villages.

More than 1,100 suicides among farmers were reported in the region last year, and 216 more took this extreme step between January and March 21, 2016, according to the divisional commissionerate in Aurangabad.

To deal with the deepening crisis, the government has deployed a special train to carry drinking water to Latur, the biggest city in the three worst-affected districts of Beed, Latur and Osmanabad, and another will be pressed into service soon. 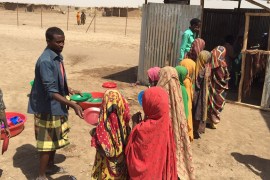