Indian Himalayas, India – Torn between a widespread tradition and an internationally imposed prohibition, thousands of villages scattered on the Indian Himalayas survive on the production of charas, hashish produced in India.

In India, the use of cannabis dates back to the sacred Vedas texts and has been a part of religious rituals and festivities for millennia.

Cannabis indica, a native strain from which charas is produced, grows wild in many parts of the Himalayas, making it almost impossible for authorities to stem production and track it back to the farmers, who have started to grow their fields ever higher to escape controls. Although widespread, there are no official figures for India’s charas cannabis cultivation as no survey has ever been conducted.

Until the late 1980s, cannabis and opium were legal in India, sold in government-run shops and traded by the British East India Company. To comply with the global War on Drugs, in 1985, India passed the controversial NDPS – narcotic drugs and psychotropic substances – Act, which criminalised cannabis but failed to curb production and trafficking, which has boomed, reflecting increased prices on the international market.

Charas is considered among the best hashish in the world: a gram of resin can cost $20 in the West, although charas producers win only tiny margins.

They live a humble life, far away from modernity, in extreme conditions and with no alternative livelihoods. They consider cannabis a gift from God.

Despite a change of course internationally, the debate on legalisation in India is still at an embryonic stage. 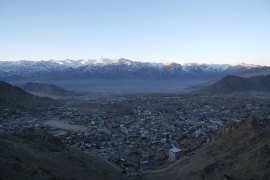 Ice hockey in the Himalayas 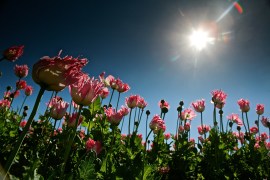 Kabul is the frontline in the country’s war on drugs and it is a battle authorities are losing.