It was while studying politics at the London School of Economics that Jem Stein began to learn more about the difficulties faced by refugees seeking asylum in the UK.

“I was volunteering as a refugee mentor with a young asylum seeker from Darfur. I saw the problems that his lack of mobility caused,” he says. “Asylum seekers are given about £36 ($45) weekly for living expenses by the government while their cases are being processed and they are not allowed to work. A weekly bus ticket in London – the cheapest form of public transport – costs £21 (about $27).”

There are various resources available to asylum seekers in London, including English courses and food or clothing “banks”. But accessing such resources, as well as attending the regular legal meetings necessary during their application process, requires being able to move around the city.

Purchasing a weekly bus ticket would leave an asylum seeker with only £2 ($2.5) a day for food and all other expenses, but Stein found a novel way to address this problem.

“My brother gave me an old bike which I refurbished and gave to the asylum seeker I was mentoring, and I saw that it made a huge difference to his life.”

From that point, Stein began collecting unwanted bikes and fixing them in his back garden to donate to asylum seekers. As interest in the initiative grew, Stein rented a small workshop where he launched “The Bike Project”.

From its humble beginnings in Stein’s back garden, The Bike Project this year aims to donate nearly 1,000 bikes to asylum seekers around London as they navigate the difficult asylum process and attempt to rebuild their lives in the UK. 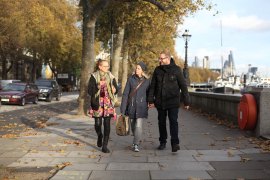 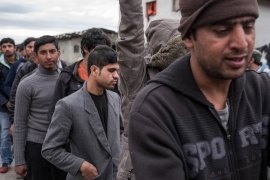