Rescue efforts resumed in Indonesia’s Aceh province on Thursday after a strong earthquake killed more than 100 people, while medical teams struggled to treat the hundreds of injured as supplies trickled slowly into the area.

Wednesday’s 6.5 magnitude quake was the biggest disaster to hit the province on the northern tip of Sumatra island since the Indian Ocean tsunami of 2004, which killed more than 120,000 people in Aceh alone.

Indonesia‘s national disaster management agency put the death toll at 102 on Thursday, with more than 700 injured and thousands left homeless.

The agency said more than 1,000 personnel, including military officers and volunteers, had been deployed to help in search and rescue operations. 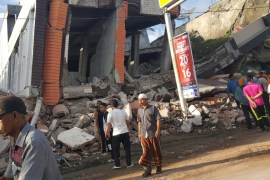 A 6.5 magnitude earthquake in Indonesia’s Sumatra island has killed at least 97 people and trapped dozens in rubble. 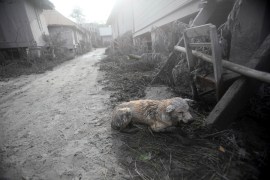 The volcano continued to spew hot ash on Sunday, holding up search-and-rescue operations on Sumatra island.