The Dom community’s origins go back to India, from where they migrated to the Middle East and now reside in countries including Lebanon, Syria and Turkey.

On the fringes of Lebanese society, they suffer from extreme poverty and social marginalisation, with little access to health, education, formal employment and adequate housing. A third survive on less than a dollar a day.

Having led a nomadic life until the mid-to-late 20th century, the Dom are now largely sedentary – although, in Syria, this community is on the move again, fleeing a ruthless conflict with no end in sight. Many now live among other refugees, in informal tent settlements in Lebanon.

Their language, Domari, is quickly disappearing as they choose to converse with their children in Arabic. As their children become educated and their original nomadic lifestyle fades into the past, the Dom have found themselves in a state of flux. 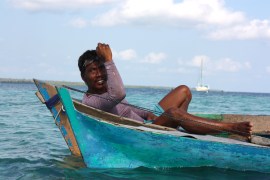 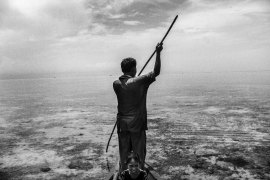