Aleppo, Syria – East Aleppo was the most important urban area controlled by the armed opposition in Syria.

Since the uprising in 2011, Aleppo and its residents have endured a horrific war for the past five years, Syrian fighter jets pounded the city, Scud missiles levelled blocks, and barrel bombs thrown from helicopters destroyed everything near them – children, women or men, civilians or fighters.

Lately the Russian air force has joined in the destruction of east Aleppo and the rising death toll of civilians. Shortages of fuel, water, food and electricity have left civilians trapped in the city amid a humanitarian crisis.

The year-long aerial bombing campaign by the Syrian regime and it allies together with a year-long siege has allowed the Syrian army to begin to control districts held by rebel forces for years.

The winter is intensifying as the siege tightens; for thousand of civilians, the only choice is to flee to Kurdish control areas in the city.

The pictures document the situation in the neighborhoods in east Aleppo since late 2012 until mid-2014, a situation that has continued to deteriorate up to today. 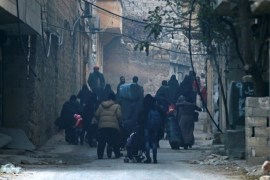 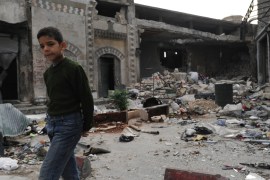 After Aleppo’s fall: ‘Nobody can claim victory’

A quick take on some of the key questions about what next for Syria’s war.