Tehran, Iran- Although Iran has been among the world’s most isolated nations owing to decades of international sanctions, this is bound to change soon thanks to technology.

There are 80 million mobile phone users in Iran today, almost half of them with smartphones. The country also boasts a young population with 32 million people [out of approximately 78 million] between the age of 20 and 32. According to Iran’s Ministry of Communication and Information Technology, by March 2017 the internet penetration rate will be at 65 percent.

When it comes to how Iranian internet users access the web, the primary tool is their mobile phones.

Young Iranians have begun to create startups with success thanks to a 4G speed connection that has grown by leaps and bounds over the past three years.

Since Iran’s nuclear deal was reached between the West and Tehran, Iranians have hoped that the international sanctions would be lifted as promised. Meanwhile, investments slowly increase and come from both internal and external sources. The innovation ecosystem develops between startups, incubators and venture capitalists ready to finance new ideas.

Iranians do not have access to many of the services other countries have on the internet, including services such as Uber, Paypal, and Amazon. Therefore, startups such as Snapp and Tap30 are designed to offer Iranians the same service that Uber does in Europe; or ZarinPal, the Iranian Paypal; Digikala, the local version of Amazon; Zomaq, the new Expedia and so on.

With many young Iranians acquiring work experience in California-based Silicon Valley and making the trip back home, the government has set up “the Technology Park”. At the entrance of the park, a big sign reads: “Iran Silicon Valley”. 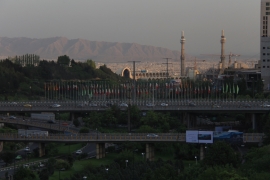 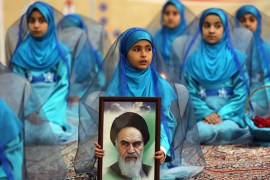