Vidarbha, India – Once Vidarbha was known for its cotton or “white gold” production, but now the region is mostly known as the suicide belt of India.

According to Vidarbha Jan Andolan Samiti (VJAS), a non-governmental organisation that has been documenting the suicide of farmers for the past 15 years, approximately 6,000 farmers have killed themselves since 2012 in six districts of Vidarbha region – Amravati, Yavatmal, Wardha, Washim, Akola and Buldhana.

The situation is the same in the nearby region of Marathwada. Even a debt of 10,000 rupees ($150) is enough to push a farmer over the edge. Young farmers aged between 18 and 30 accounted for the second-highest number of suicides, leaving widows and children to cope with the consequences.

The poor and marginal farmers fall into the clutches of moneylenders, who charge exorbitant rates of interest, which the farmers are unable to repay, thus pushing them into perpetual debt that leads to the spate of suicides, said Rahul Bais, who heads Swarajya Mitra, a VJAS partner organisation.

In villages around Vidarbha, tales abound of the suffering endured by widows of farmers who have killed themselves because of the agrarian crisis. Widows and children who are left behind face a difficult life.

The widows are pushed into more debt and take jobs as labourers on other farms to sustain themselves. The children often drop out of school as their mother can’t afford to pay fees, and they work to help the family instead. 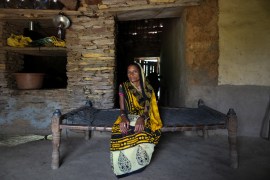 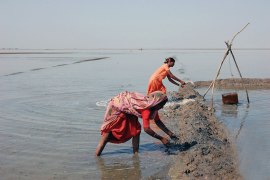 The salt farmers of India’s Rann of Kutch marshes

The Agariya people brave harsh conditions producing most of India’s salt, but live in poverty and illness as a result.