Ban will visit Les Cayes on Haiti’s southern coast, one of the cities hardest hit by Matthew, and meet Haitian leaders.

The United Nations launched a flash appeal for $120m to help Haiti cope with its worst humanitarian crisis since the 2010 earthquake.

Only $6.1m has been raised so far – equal to 5 percent of the total appeal, said UN spokesman Stephane Dujarric.

At least 546 people were killed when Matthew crashed ashore on October 4 as a monster Category 4 storm, packing winds of 230km per hour.

According to the United Nations, 1.4 million people in the impoverished Caribbean nation are in urgent need of help.

“This is everyone’s worst nightmare,” said Marc Vincent, UNICEF’s representative in Haiti. “Less than two weeks after the hurricane, cholera may be spreading in areas where it previously barely existed and diarrhoea is preying on already vulnerable children.” 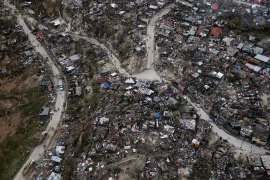 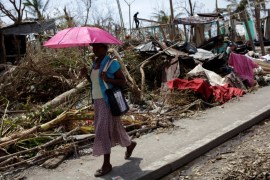