Stung Treng province, northern Cambodia – China’s race for hydroelectric power has been going on for over 20 years, leading to development plans and to the construction of a 28 dam cascade in the Lancang river.

However, in recent years, its enthusiasm for dam building has spilled over into Southeast Asia.

Hydrolancang, a Chinese state-owned enterprise responsible for no less than seven dams in the upper Mekong, began in 2013 the construction of its very first overseas hydropower project, the Lower Sesan II dam in northern Cambodia.

The $800m and 400MW project, located less than 100km south from the Don Sahong dam in Laos, has been among the most controversial and destructive developments in recent years.

Once completed, it will block the Sesan and Srepok rivers – two of the main tributaries of the Mekong – creating a 36,000-hectare reservoir, flooding several villages, and displacing thousands of people who have been living along the river banks for generations, relying on it for survival.

The potential impacts, both good and bad, are enormous.

Cambodia, with its population 60 percent under the age of 30, is growing fast, and some estimates suggest that the dam could potentially generate a fifth of the power the country is likely to need by 2018; yet, its physical impacts could threaten the food security of tens of thousands of people. 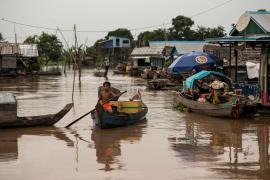 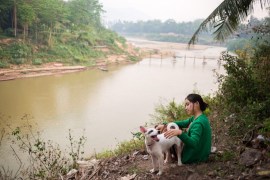