Aninoasa, Romania – “Workers’ paradise” is what communism promised to deliver.

More than 25 years after most of the Eastern European countries pulled away from communism, the remains of the workers’ colonies around the main mining, industrial, and agricultural areas, still remind Romanians of this communist ideal.

The communist regime in Romania built these workers’ colonies for the people who were deployed to these “communities”, whether voluntarily or as forced labour, to work in the surrounding mines, factories or farms.

With communism gone, and with the changes brought about by capitalism, these places, once thriving, have fallen into disrepair.

The transition to a free market economy led to rampant corruption and the emergence of elite oligarchs who dominated politics and business. Privatisation and the elimination of government subsidies led to the collapse of many industries.

The people living at the colonies had no other choice but to stay in these settlements, despite the deteriorating living conditions.

Here, there is a lack of jobs because of the collapsed industries, public transportation is unreliable, children walk long distances to get to school, and there are often shortages in basic services – electricity, water, and heating.

In the harsh circumstances, many people become nostalgic for the “good” communist times. 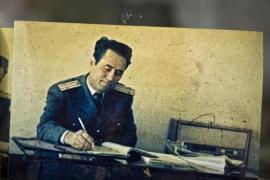 Alexandru Visinescu, 88, due to go on trial for crimes against humanity allegedly committed more than 50 years ago.