Birgunj, Nepal – Since Nepal adopted a new constitution three months ago, the landlocked nation has been gripped by a humanitarian crisis.

A major reason for the disaster is an unofficial blockade imposed by the Indian government and supported by the ethnic Madhesis in the south of the country who have protested against the government and the new constitution.

The protesters have set up their own blockade at the main entry points where trucks carrying fuel, medicine and other vital supplies, have been barred from entering Nepal.

About 70 percent of imports from India flow through this border point and many travel to India through the border to buy fuel and other supplies to sell on the black market back in Nepal.

It is here where protesters and Madhesi supporters continue to stage protests against the government, often resulting in clashes with riot police. More than 50 people have been killed as a result of the protests.

Last month, UNICEF released a statement that said that more than three million children under the age of five are at risk of death or disease during Nepal’s harsh winter months, because of a severe shortage of fuel, food, medicines and vaccines.

Nepal relies heavily on imports, especially food, medicines and fuel, from India, which is its largest trade partner.

Nepal is also still reeling from the April 25 earthquake, which killed thousands of people.

With the blockade in place, many fear that as the temperatures continue to dip, the situation will only worsen. 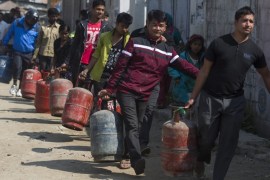 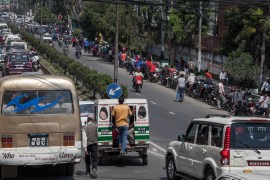