Fury, 27, outpunched a tired-looking Klitschko, 39, over 12 rounds in front of a crowd of about 50,000 at Dusseldorf’s Esprit Arena on Saturday.

This was the fourth career loss, and first in 11 years, for Klitschko, who demanded a rematch minutes after losing his four world titles.

“There will be a rematch,” the Ukrainian said in a ringside interview. “It is still early and I have to process things but there will definitely be a rematch.

“I was well prepared for this fight but he was quick for his height.”

Undefeated Fury, who extended his record to 25-0, now has the WBA, WBO, and IBF belts.

“It’s something I’ve been working on for my whole life,” Fury said. “I’m bred to be a fighter.”

“It is up to him to decide what he wants to do. He has to analyse things. He will come back stronger after this defeat. He always does.” 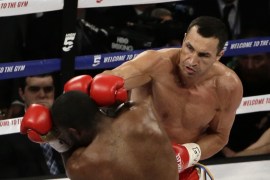 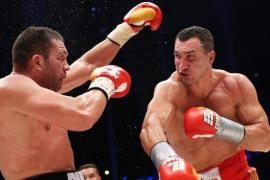 World heavyweight champion retains his IBF title by knocking out the challenger and ending his unbeaten record.