Afghanistan: A Tale of Three Cities is the latest in a series that filmmaker John D McHugh has been making for Al Jazeera’s People & Power, looking at Afghanistan through the prism of 2014, when international troops are scheduled to withdraw from the country.

Having spent much of the last eight years immersed in the war, McHugh wanted to talk to ordinary Afghans about their lives, and what 2014 means to them. Last year he made a film entitled Kabul: A City of Hope and Fear, in much the same vein, but this time he decided to examine other Afghan cities: Herat in the west, Mazar-e Sharif in the north and Jalalabad in the east. 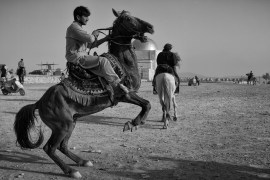 Kabul: A city of hope and fear

People in the streets of Kabul, Afghanistan’s capital, talk about their hopes and fears for the future.