In this six-part series, Al Jazeera tells the stories of some of the Indigenous women and girls who have gone missing or been murdered along an infamous stretch of highway in British Columbia, Canada.

Warning: The following article contains content that may be disturbing to some readers.

British Columbia, Canada - Mike Balczer pensively traces the rim of a white coffee cup on a frigid February morning. He takes a ponderous breath and looks up. His hair is covered by a black and white bandana and a cap. His trademark attire - black leather and black and white flannel - bear the markings that distinguish him as a nomad - a Crazy Indian Brotherhood nomad.

The Crazy Indian Brotherhood started in Winnipeg, Manitoba in 2007 and now has chapters throughout Canada and to the south as far as California and Oklahoma. It resembles a motorcycle gang, but Mike says the tough image is just for appearances. “We protect women and children around here. We patrol the streets looking out for the vulnerable.” And the uniform helps to intimidate the town’s drug dealers, he adds.

But it is not only the local drug dealers who are on Mike’s mind. He is on the prowl - looking for a killer, or possibly killers, in Smithers.

The small town in northwestern British Columbia has a population of just over 5,300 people. It is home to the remnants of settler frontiers and Indigenous nations in a valley between towering snow-capped mountains, curtained by rows of lodgepole pine, spruce, sub-alpine balsam fir, aspen, birch and cottonwood trees. 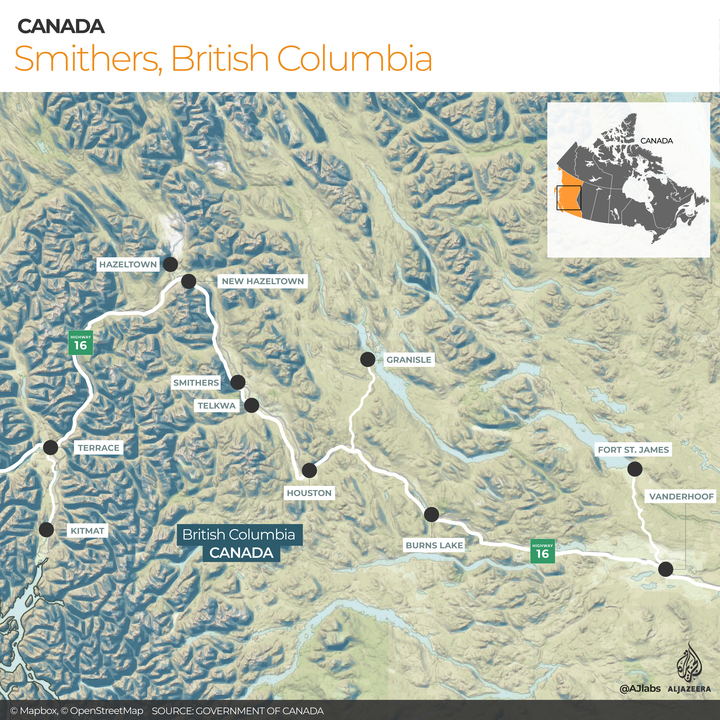 Although a confessed wanderer, Mike has called Smithers home on and off for the past 20 years. He is a member of the Wit’Dat Nation (Lake Babine Nation) about a two-hour drive east and as a hereditary chief is part of a traditional governance system responsible for decision-making and cultural practices. When he became a leader his elders gave him the name “Person of Many”.