By Jenni Henderson and Amos Roberts
Correction6 Jul 2021
A previous version of this article stated that the Ula's crew members were released on June 4, 2020. This has been amended to the correct year, 2021.

Akash Kumar was excited when he boarded his first ship as a seafarer, a bulk carrier called the Ula.

“That time it was a good feeling … a dream come true. I joined this merchant navy because I love to explore other places, other countries,” he says.

The 25-year-old Indian seafarer was drawn to the job by the promise of high wages and a ticket to see the world. But his first glimpse of prosperity soon turned into his last moments of freedom.

Soon after Akash joined the Ula in February 2019, departing from Messaieed in Qatar, there were shortages of provisions, fuel, oil and water. In September that year, the ship had an electricity black-out for 19 days.

When it finally docked in Kuwait in February 2020, the COVID-19 pandemic was spreading and the country went into lockdown.

While they waited at the port, the owner of the Ula, Qatar-based Aswan Trading and Contracting, said it had no funds to support the ship. Then the owner stopped paying the crew and cut contact.

The Ula’s 19-person crew were told they had to wait until the ship’s cargo of clinker, a stony residue, was discharged before they could leave. Weeks stretched into months.

Some of the crew, like Akash, had spent more than two years on the ship.

“Sometimes I’m crying in my cabin because last year I couldn’t attend my cousin’s marriage, which was very close to me. And many of the occasions have been done at my home, but I … couldn’t attend them,” reflects Akash.

“If it wasn’t for the pandemic, we would have been at home [months earlier],” says 47-year-old Bhanu Shankar Panda, the Ula’s third engineer. The Indian seafarer has been on the ship since October 2019 and says it is the 19th ship he has worked on.

The number of seafarers left abandoned on their vessels has risen during the pandemic. Under the Maritime Labour Convention, seafarers are deemed to have been abandoned if their shipowner cuts contact or leaves the ship without maintenance or support and the crew without pay and repatriation.

It has been described as “the cancer of the shipping industry” by the International Transport Workers’ Federation.

In addition to this, up to 200,000 seafarers are still stranded at sea as of June 2021, according to the International Labor Organization, unable to get home because of closed borders and quarantine measures during the COVID-19 pandemic.

“We still have an incredible amount of skulduggery going on, on the high seas,” says Matt Purcell, an inspector from the Federation.

Purcell says shipping companies hold huge power over their employees, controlling their finances, schedules and when they can leave the ship. He describes it as an “antiquated, feudal system”.

“For centuries it’s been one of the worst regulated industries in the world because of out of sight, out of mind,” he says.

The owner of the Ula, Aswan Trading and Contracting, did not respond to Al Jazeera’s request for comment.

The chairman of the company, Nasser Hamed al-Nuaimi, is wanted by Qatari authorities and the company has been blacklisted.

Al Jazeera has evidence that suggests another company, Turkey-based Aswan Shipping Denizcilik, was managing the Ula, although the company has denied any relation to the ship and Aswan Trading and Contracting.

The Australian Maritime Safety Authority (AMSA) reported that the Maryam – whose 23 crew members come from Turkey, India and Georgia, among other countries – was unseaworthy. It had no electricity, no running water, no sanitary facilities on board and problems with its safety equipment.

Its sister ship, the Movers 3, also had no running water. At one point in detention, it had enough potable water to last its 22 crew members less than three days.

“Disenfranchised [by] the operator’s continued reluctance to meet its most basic obligations to maintain its ships and provide decent working and living conditions for crew, roughly half of Maryam’s original crew demanded repatriation,” said Allan Schwartz, AMSA’s executive director of operations.

“Over the last few months AMSA and other parties involved in this situation have had to drag Aswan Shipping to the table to resolve the systemic failures on its ships,” he added.

Ten of the original crew of the Maryam have now been replaced by new crew members.

The ship has been banned from Australian waters for 36 months, the longest ban ever issued by the authority, and Movers 3 for 18 months.

Back in Kuwait, the crew members of the Ula were finally released from the ship on June 4, 2021 after its cargo was discharged.

The crew members claim they are still owed more than $410,000 in wages.

To provide for their families, many have taken out loans that will be difficult for them to repay.

“I have promised the moneylender that once in India, I will return (the) money … How will I be answerable to that money lender?” says Bhanu Shankar Panda, the ship’s third engineer.

“We’re treated worse than animals. We are being thrown a piece of bread to eat and moving the ship. We are beggars now.” 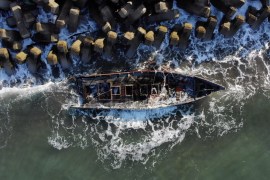 We investigate why fishing ships from North Korea, discovered with dead bodies onboard, are washing up on Japan shores. 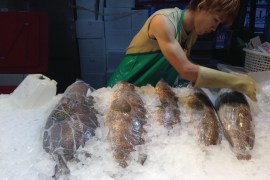 We travel to Indonesia, Myanmar and Thailand to investigate slavery in the multi-billion dollar seafood industry. 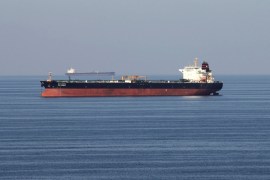 Why do ships sail under flags of convenience?

The recent seizure of oil tankers in the Persian Gulf has raised questions over what common shipping practice entails. 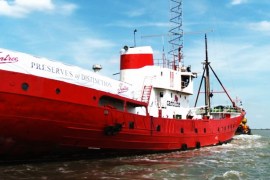 Pirate radio stations like Radio Caroline and The Voice of Peace used their airwaves to challenge the status quo.