As Chelsea Johnson watched her six-year-old daughter graduate from kindergarten in May this year, she couldn’t help but also see her son.

“I’m a twin mom, even though both of my twins are not here,” Chelsea, 40, explains. “Even as I mother my four living children, I recognise that I’m still mothering my son, just differently.”

On April 10, 2015, Chelsea put her three-month-old twins, Christopher and Calais, down to nap at her home in Orlando, Florida in the United States. When she went in to check on them, Christopher was unresponsive.

What followed was a living nightmare – a call to emergency services, a ride in the ambulance to the local hospital and then an emergency flight in a helicopter to a specialised paediatric hospital. But Christopher “had been under cardiac arrest and without oxygen for too long”, Chelsea says. “My husband was holding him when he passed away.”

She and her husband, Kwesi, went home to their four other children and struggled to explain. Chelsea struggled to convince her body she would not be nursing Christopher again. The couple grappled with the overwhelming grief and confusion of losing a healthy child.

Then the bills started pouring in – $18,000 in funeral and burial expenses. A staggering $100,000 in hospital fees, including $37,000 for the helicopter flight. And then there were the ordinary expenses for a family of six because “life doesn’t stop”, she says. “The mortgage is still due. Utilities are still due. And you still have to buy food.”

A friend organised a GoFundMe campaign and raised $23,000 for the family. But Chelsea, who was taking a break from her auditing job to care for her children, and Kwesi, who had been laid off from his consulting job at a healthcare company after it downsized, went into debt to keep the family afloat as they grieved.

Christopher’s hospital bills were ultimately covered under Medicaid (the government-sponsored medical insurance programme for those on low incomes), Chelsea says, but the family still had to find the money for the funeral and other expenses, which pushed them into debt.

Under the American insurance-based healthcare system, many families are immediately confronted with having to pay a “co-payment”, with the hospital then billing their insurance company for the remainder, or having to pay for those expenses not covered by their insurance. These add up: 19 percent of US households had medical debt in 2017, according to a US Census Bureau report released in April, and the median amount owed was $2,000 for those who were fully insured and $3,000 for those who were not.

That debt has serious consequences: People may avoid seeking further care or treatment or be forced to declare bankruptcy, the Census Bureau found. A 2019 survey by the nonprofit Kaiser Family Foundation and the Los Angeles Times found 9 percent of people with health insurance reported they had declared bankruptcy due to medical bills at some point, with 2 percent doing so in the last year. This equates to some 530,000 people filing for bankruptcy in the US every year.

For families dealing with loss, there is the added grief of seeing their child’s name appear on a hospital bill when they are no longer living.

“It’s tough because if your child is saved, you would gladly pay that. But then I don’t even have my son and I still have to pay all these bills. It’s a heart-wrenching scenario,” Chelsea, now a writer, says.

“Financially, you don’t plan for a child to die.”

‘A sisterhood nobody wants to be a part of’

Infant loss in the US is not uncommon: each year, more than 21,000 children die before their first birthday, and birth defects, preterm birth, maternal pregnancy complications, Sudden Infant Death Syndrome (SIDS) and injuries such as suffocation are the main causes, according to the US Centers for Disease Control and Prevention.

About 24,000 babies are stillborn each year – dying after 20 weeks’ gestation, according to the CDC. People of colour are disproportionately affected by both tragedies – the infant mortality rate and the stillbirth rate for Black Americans is more than double that of white Americans.

Yet even as many families struggle with losing a baby, it is not widely talked about. Chelsea Johnson was unprepared for the silence that followed Christopher’s death, even from people she loved.

“Whether it’s infant loss or miscarriages, people just don’t talk about it,” she says. “I’ve had to walk that lonely road of losing some friends – people who just didn’t know how to handle that. And then even just culturally, a lot of times in the Black community, we don’t really manage grief all that well.”

Then Chelsea found Noelle Moore, someone who understood her pain. On July 25, 2013, Noelle, then 32, gave birth to her daughter, Finley, via emergency caesarean section at a Florida hospital. But a delay in performing the c-section left Finley without oxygen for too long, Noelle says, resulting in severe brain damage.

“After 23 days, we had to make the worst decision of our lives and that was to remove life support from her,” Noelle says. “It was the worst day of my life.”

“I was so desperate for help, I knew that what I was feeling was something I never felt before,” she says. “When I started trying to find help, I could not find anything, and that started this whole thing of – who helps women like me?”

Two weeks after Finley’s death, her husband left because of the stress and grief, Noelle says, and the couple separated. She felt she unable to go back to her job as a market analyst for a medical company in Orlando. She struggled with “major postpartum depression, major clinical depression and extensive PTSD,” she explains. “For me, I was left without an income and without a husband.”

In the US, there is no paid leave provision for parents following the death of a child, and so Noelle was forced to tap into her savings to survive. Then, on what would have been her daughter’s first birthday in 2014, she launched the Finley Project to provide families with the help she wished she had: grief counselling sessions, house cleaning services, grocery store gift cards and massage therapy, as well as support groups and help with funeral planning.

The project relies solely on donations. To date, Noelle, now 40, has raised enough to provide almost 3,000 counselling service hours, 700 house cleanings and 700 hours of massage therapy to families in need.

“When you’re sitting at the edge of your bed contemplating if you’re going to make it through that day or not – because that’s how intense I think the grief is – the fact that somebody is going to come into your home and care for you; that can actually keep you going for that day,” she says.

The Johnson family is one of almost 300 in 33 states the Finley Project has helped so far.

“It’s like a sisterhood that nobody wants to be a part of. Nobody wants to join this club,” Chelsea says. “However, being a part of it, I’ve connected with other women and families who have gone through this.”

‘I didn’t have the time or energy to fight’

Jaime Cohen, 41, found herself reaching out to other mothers after having a miscarriage when she was eight weeks pregnant in August 2019. The registered dietitian and mother of a toddler found out there was no foetal heartbeat at an 8am doctor’s appointment, called her mom to cry and was at her desk in New York City within an hour.

Two days later, she underwent dilation and curettage (D&C) to remove tissue from her uterus and worked from home in Hoboken, New Jersey, the day after the procedure. Weeks later, she sought out a fertility specialist to understand why she had miscarried after conceiving naturally, and underwent ultrasounds and bloodwork.

Then the bills started pouring in – $1,000 for the D&C and nearly $10,000 for the diagnostic tests not covered by insurance.

“The doctor had coded my visits as ‘infertility’ and I wasn’t covered for fertility benefits,” Jaime explains. “She could have coded me as ‘history of miscarriage’ – a more accurate diagnosis – and the tests would have been covered.”

Jaime and her husband conceived naturally again a few months later, but she still found herself fighting with the clinic’s billing department over the bills related to the fertility testing she received after her miscarriage.

She negotiated the total for the diagnostic tests down to $7,500 from $10,000, she says, but still has not been able to pay it – and the debt collection notices she has received are an ongoing source of stress.

“The pandemic began and I was navigating a pregnancy with a toddler and didn’t have the time or energy to fight,” she says. “Then I started receiving collections notices, to which I explained that I was working with the billing department, so they stopped coming after me. But I don’t know if it has impacted my credit score – I’m scared to look.”

After giving birth to her second child, Jaime started The Mamaversary Project online as a place for women to share their stories about the journey of motherhood, including fertility and loss.

The US currently has no such policy, but under his American Families Plan, President Joe Biden has proposed giving Americans three days of paid bereavement leave per year immediately and spending $225bn over the next decade to guarantee workers 12 weeks of paid leave to care for a new child or seriously ill family member or grieve the death of a loved one.

Noelle Moore would also like to see hospitals and insurance companies undergo sensitivity training and honour a waiting period before approaching families about medical bills. “Many families experience overwhelming bills after loss. The burden and weight this carries is exorbitant,” she says. “Coming to the mailbox every day to find another bill with no baby is awful.”

And, Noelle and Chelsea Johnson, say, paid bereavement leave would take some of the financial pressure off families while they are at their most vulnerable.

“When it comes to grief, there are so many different components. Not only is there your emotional health, but your physical health, your financial health – all of those things have a place when you’re dealing with that type of loss,” Chelsea says. “It would be extremely helpful if people can actually take the time to heal and actually begin the grieving process.” 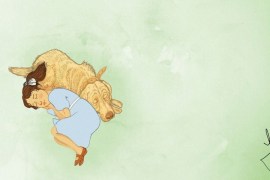 The scents of our grief

Can smells hold the key to our memories, and how long can we keep hold of them? 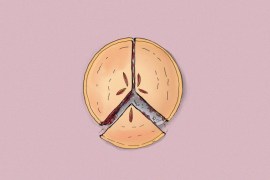 Pie peace: My last argument with my sister

In a family of 13 siblings, Lori was militant in her maternal agenda; making prom dresses and keeping watch over pie. 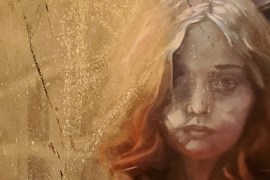 You must forget all you thought you knew about grief when the landscape of your life has been demolished. 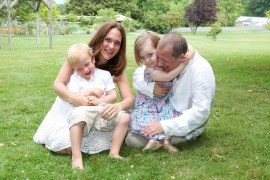 What almost losing my son taught me about family

When a mum opens a bedroom door to find her son having a seizure, the journey they then take shows what makes a family.