Some say when reporting on environmental stories you should always find a reason for hope, otherwise the graveness of the situation will make people want to give up. So keep reading, because here comes hope from a legendary 94-year-old British naturalist.

But first: In all my years covering the environment, never has there been such a convergence of devastating climate-related news, from forest infernos to ferocious weather systems.

As I write, Hurricane Sally is battering communities in the southern United States. At one point this week there were at least seven tropical systems whirling across the Atlantic. It has been a record year – there have been 20 named storms so far, surpassing the typical seasonal average of 11.

In Antarctica, we have learned that ocean warming is threatening the Pine Island and Thwaites glaciers, which already account for 5 percent of the global sea level rise. These glaciers connect the West Antarctic ice sheet to the ocean. As they disintegrate, more ice will tumble off the land into the sea with potentially catastrophic consequences.

At the opposite pole, scientists have just announced a colossal island of ice about twice the size of Manhattan has broken free from the Arctic’s largest-remaining ice shelf in northeast Greenland.

The integrity of Earth’s glaciers is crucial to the stability of the climate system. And projections show sea levels could rise more than a metre in just 80 years as polar ice melts, which would drown coastlines around the world. 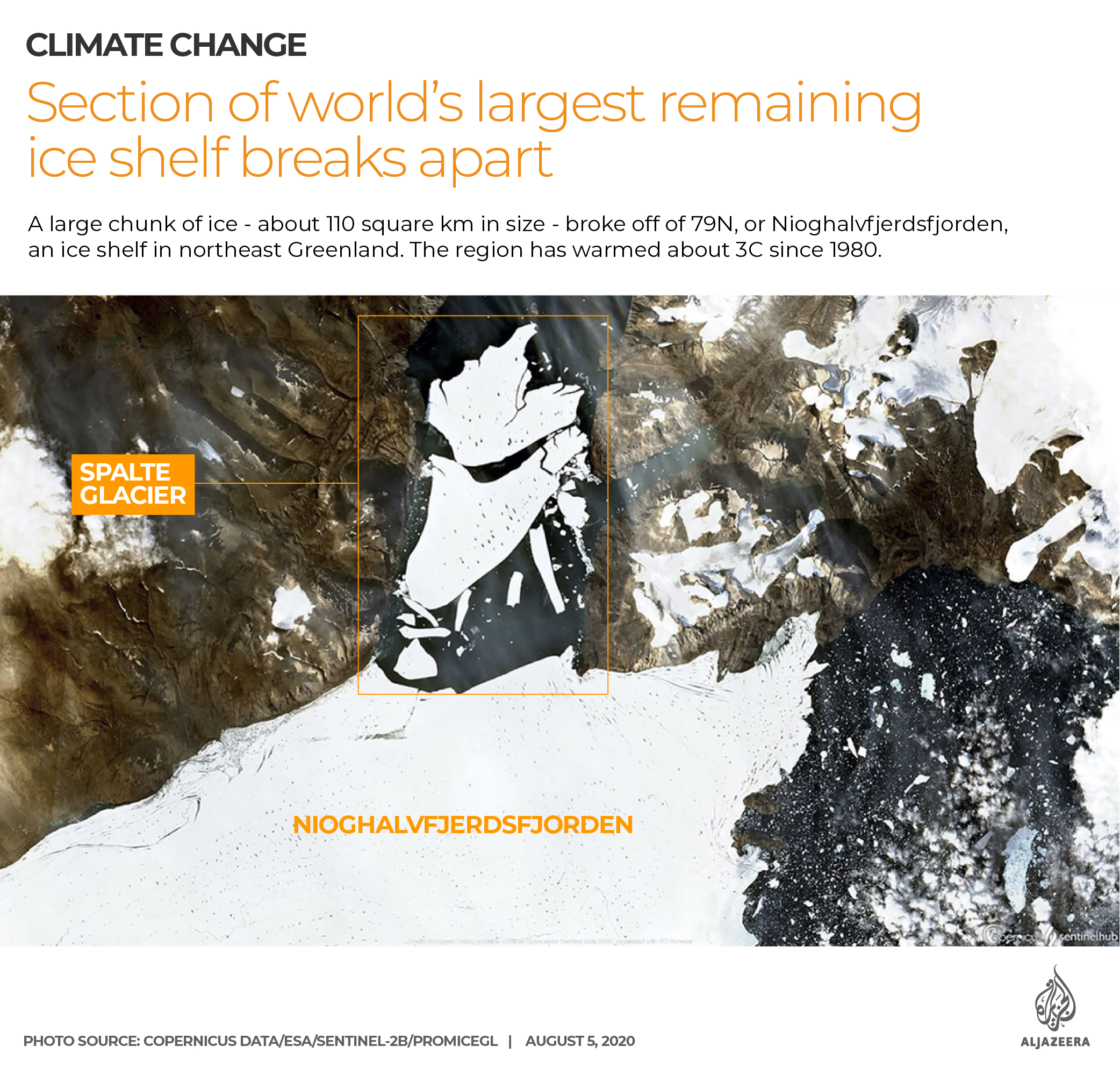 Meanwhile, record-breaking fires are raging in California and Oregon, and surging again in the Brazilian Amazon.

A blaze has also been burning since mid-July in the remote Pantanal wetlands of Brazil, leaving in its wake a vast charred area of desolation bigger than New York City.

These fires are now threatening one of the most biodiverse ecosystems on the planet.

Speaking of the loss of biodiversity, back in 2010 in Nagoya, Japan, the United Nations Convention on Biological Diversity set 20 targets to stem the tide of loss.

Guess what? We just found out that we failed. None of the 20 targets, which concern safeguarding ecosystems and promoting sustainability, have been fully met.

Just last week, the World Wildlife Fund’s 2020 Living Planet report estimated that species of mammals, birds, reptiles, amphibians and fish plummeted by an average of 68 percent between 1970 and 2016.

And then we hear from the US president. As the skies glow orange from blazing forests, as warming oceans spawn more destructive hurricanes and melt the poles, as temperatures in the Arctic soar and floods deluge Senegal and Sudan, Donald Trump sneers at accepted science.

“It’ll start getting cooler, you just watch,” the president said in response to a plea from Wade Crowfoot, California’s natural resources secretary, to recognise the changing climate and its effects on the state’s forests.

“I wish science agreed with you,” Crowfoot replied, to which Trump said: “I don’t think science knows actually.” 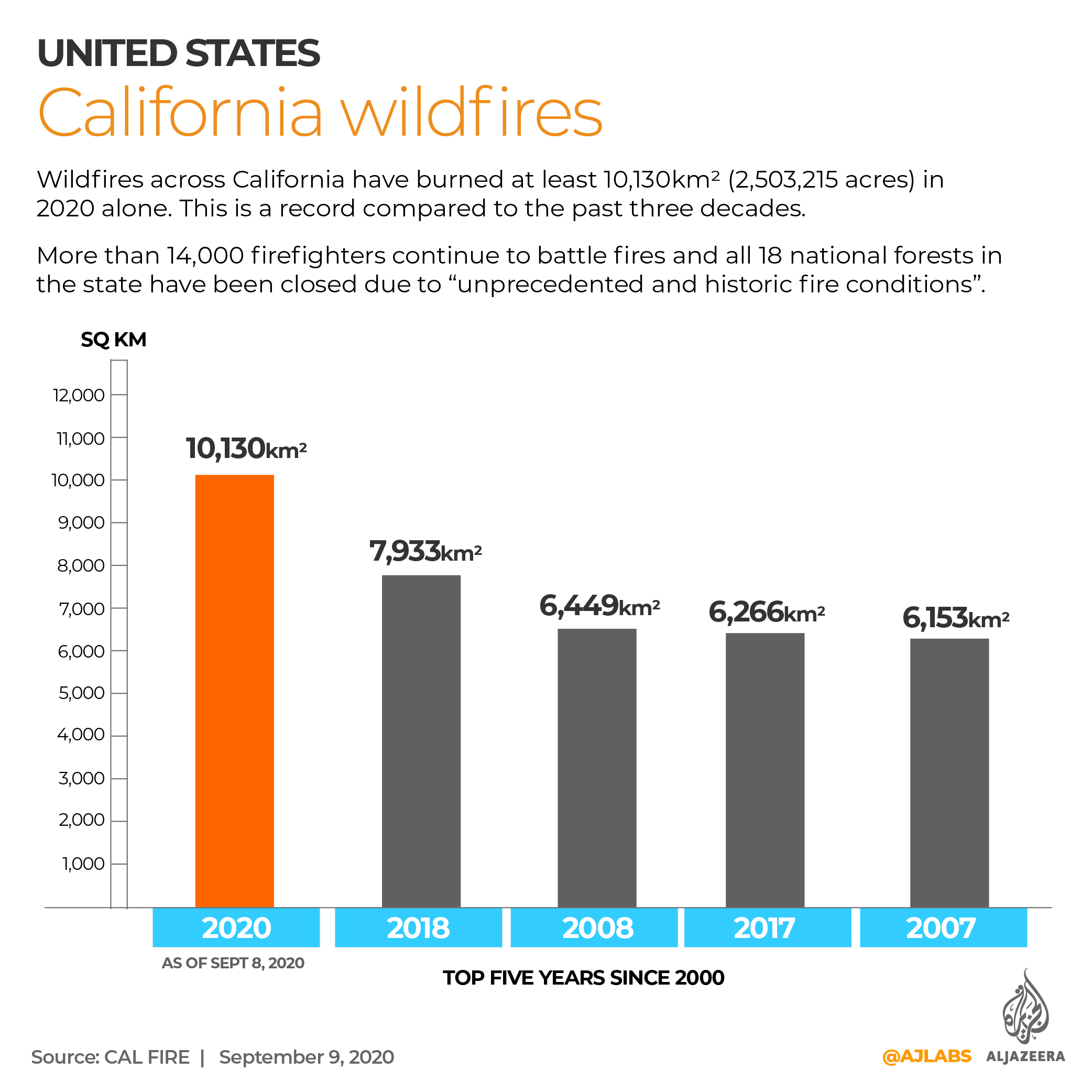 There is no question that the US president’s view is at odds with the scientific reality and with growing public acceptance of the dangers posed by the degradation of the environment.

So let us move to a message of hope from a British naturalist who has helped shape our view of the natural world, Sir David Attenborough. Attenborough is an elderly man now, but this week he returned to TV screens in the UK to issue a stark warning.

“We are facing a crisis,” he said in the film, “and one that has consequences for us all.”

He told viewers the rate of extinction of species is happening at 100 times the evolutionary rate – and accelerating. And he pointed to the current COVID-19 pandemic as perhaps the most immediate example of the risks of our ever-increasing encroachment on the natural world.

But he also took us back to the 1970s, to one of the most famous moments in his long career, when he was filmed sitting with a band of gorillas, one of them – Poppy – trying to take his shoes off as he spoke to the camera.

“It was an experience that stayed with me,” Attenborough says. “But it was tinged with sadness, as I thought I might be seeing some of the last of their kind.”

But we learn that, in fact, the gorillas are now thriving. From about 250 when Attenborough visited to more than 1,000 in the wild today, it is an example of what is possible.

“I may not be here to see it,” Attenborough concludes. “But if we make the right decisions at this critical moment, we can safeguard our planet’s ecosystems, its extraordinary biodiversity, and all its inhabitants.

“What happens next is up to every one of us.”

It seems we have little choice in the path we must take. From drastically reducing emissions to protecting our oceans this, as UN Secretary-General Antonio Guterres has noted, is a “make-or-break moment for the health of our planet”.

2. Heating planet: How much hotter could the Earth get?: Last month, California’s Death Valley saw the third-hottest day ever recorded on Earth: 54 degrees Celcius (130 degrees Fahrenheit). Some weather researchers predict that heat waves at the end of this century will be at least (6C) 10F higher than that.

3. Laundry-day plastic pollution: Scientists calculate that since the 1950s, 5.6 million tonnes of tiny synthetic microfibres have seeped into the wider environment as we wash our polyester and nylon clothes. Just more than half has ended up in our rivers and seas.

4. Young activists plan “Mock COP26”: After the COP26 climate talks – meant to be hosted by the UK this November – were delayed because of the coronavirus pandemic, young climate activists with the Fridays for Future movement decided to host their own replacement online event.