As we mark World Conservation Day this week, it is a good time for some heartening news from the environmental world, which shows how the determined efforts of the few can create positive change and even bring species back from the brink.

Deep in central Africa – where the borders of the Democratic Republic of the Congo, Rwanda and Uganda meet – lies one of the most ancient habitats on the continent and the last refuge of one of the rarest animals on earth: the mountain gorilla.

By the 1980s, the effects of decades of devastating civil war and unbridled poaching had reduced their numbers to about 350 animals. The shadow of extinction was closing in.

When we flew through the mist swirling over forest-clad mountains in 2011, the primate was still critically endangered. From above we could see how the hillsides had been stripped bare for cultivation, butting up against the edge of Uganda’s Bwindi Impenetrable National Park, where half the world’s remaining mountain gorillas live.

The potential for conflict between man and great ape was clear, the fields providing easy pickings for the gorillas which were often subsequently killed in large numbers.

After a sweltering trek of several hours through the rainforest, we homed in on a gorilla group. I remember being so close that we could pick out their scent – pretty much how pungent, sweaty humans would smell after a lifetime without shower gel. They share 98 percent of our DNA after all.

Suddenly Safari, a big alpha male, bowled purposefully into view, stopped and stared us down. We were frozen by an adrenalising combination of fear and wonder. As he shambled off into the undergrowth, a couple of infants, no more than two years old, crashed about in the trees. Their mother, sitting on her haunches, sat calmly observing, chewing handfuls of fibrous leaves.

The fact that these gorillas were there at all is down to the success of the International Gorilla Conservation Programme. A 12km long buffer zone had been established along the fringes of the national park, protecting the gorillas and so allowing tourist dollars to flow. Locals could then get a job with the conservation programme itself, becoming guides or trackers, while others could make money from basket weavings and carvings.

In 2018, the primate’s status was changed from critically endangered to endangered, with its population noted to be “increasing”. Today, mountain gorillas in the wild number more than 1,000. 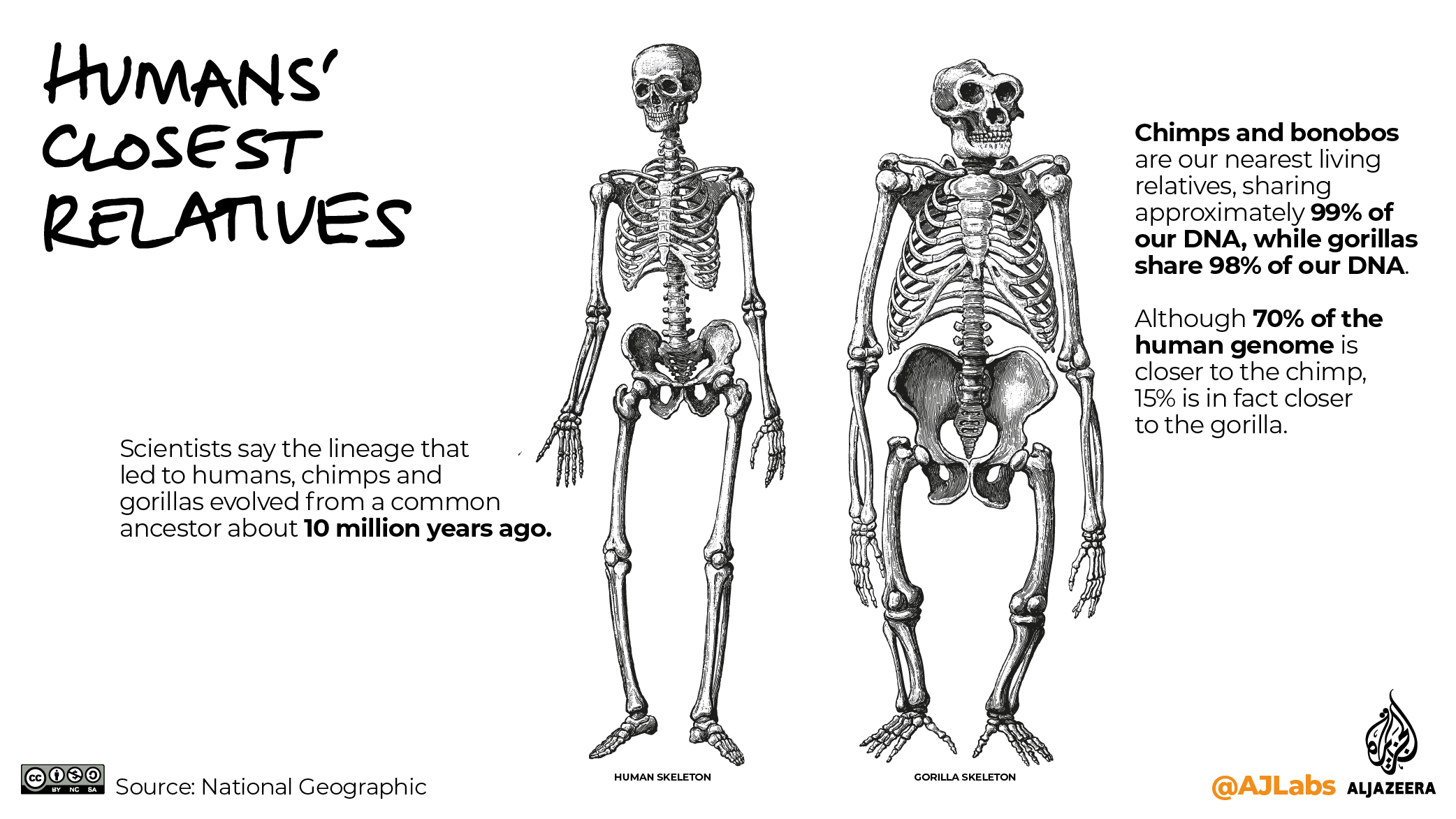 Dangers during the pandemic

Mountain gorillas have seen a spectacular revival, but there are new dangers, so efforts must be redoubled.

COVID-19 and the absence of cash-rich Westerners have affected local livelihoods with government officials in central Africa warning that people could resort to poaching out of desperation.

Conservationists, though, are determined not to lose the gains made by decades of work. The populations of mountain gorillas must continue to thrive and grow.

Meanwhile, recent photos of another sub-species – the Cross River gorilla – have been released, taken in the mountains of southern Nigeria.

At most 300 are known to exist in the wild but the pictures show a number of infant gorillas with the group. And when animals at risk of extinction are reproducing, that can only be good news. 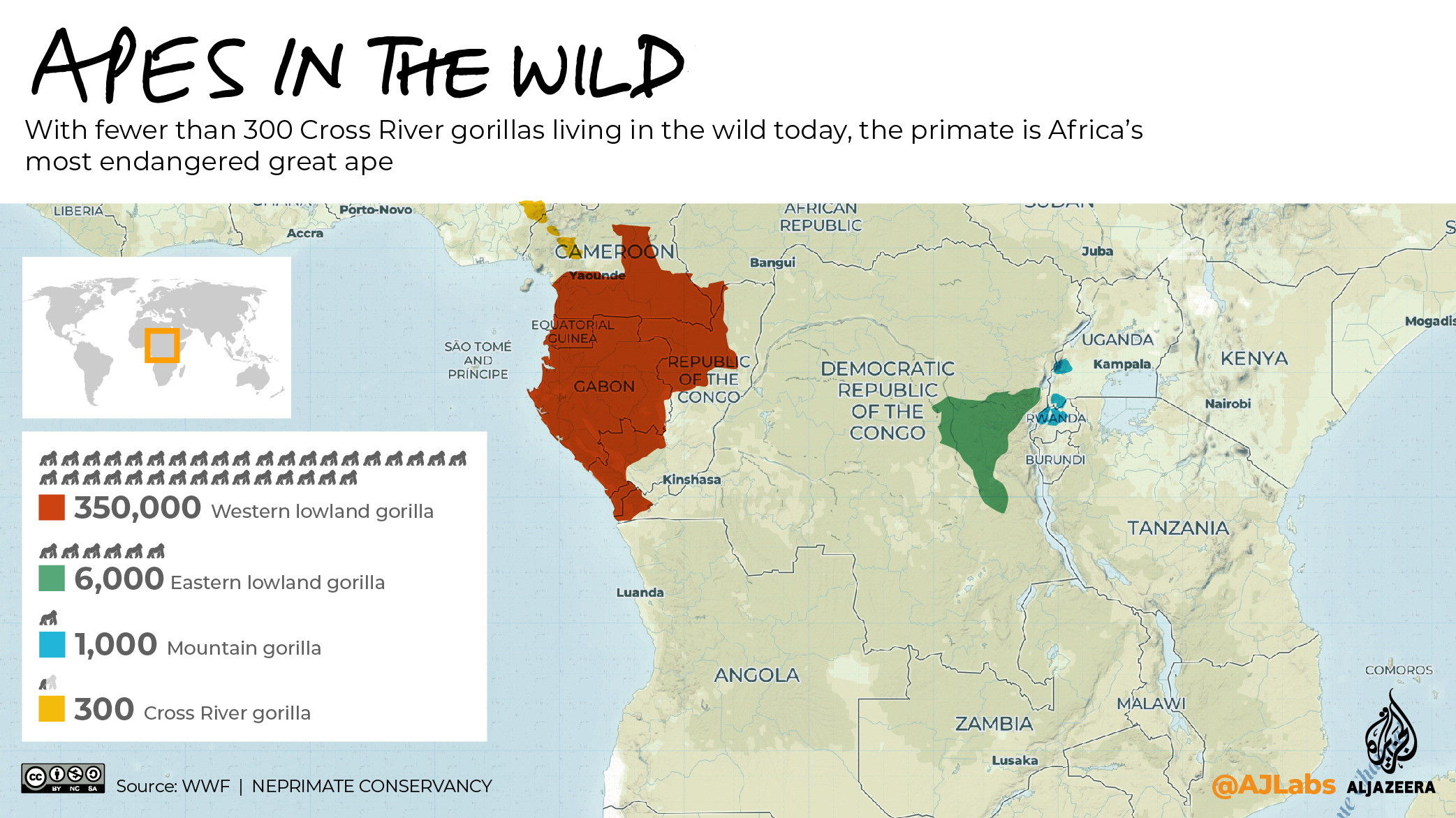 This week also marks Global Tiger Day and here too they are bending the curve. Wild tiger numbers are increasing in five countries.

In India – in a recovery the World Wildlife Fund (WWF) called an “astonishing success” – the estimate of tigers in the wild more than doubled between 2006 and 2018. In Nepal, numbers have nearly doubled since 2009. In the Royal Manas National Park in Bhutan, they more than doubled from 2010 to 2018. And in China and the Russian Far East, tiger populations are increasing and dispersing into new areas, the NGO said.

Elsewhere, conservation group Panthera captured just-released footage of tigers from a forest in western Thailand, where the endangered animals have not been seen for years.

“From an historic population low in 2010, tigers are finally making a remarkable comeback in much of South Asia, Russia and China,” said Stuart Chapman, leader of WWF’s Tigers Alive Initiative. “And that’s great news for the other threatened species they share their home with, and also the millions of people dependent on these ecosystems.”

The importance of tiger conservation is evident in that Laos, Vietnam and Cambodia have already lost their total tiger populations, while Myanmar is thought to have just 23 individuals left. And all tigers are under intense pressure from the illegal wildlife trade, especially in China.

So as threats and challenges continue to grow, this week it is hats off to the unsung heroes of the conservation world. From bringing Red Kites back from the brink in the British countryside to protecting the peatlands of the Congo Basin, from preserving endangered Arctic lichens to enabling the return of beavers in northern Europe, let these stories of success inspire us in challenging times. 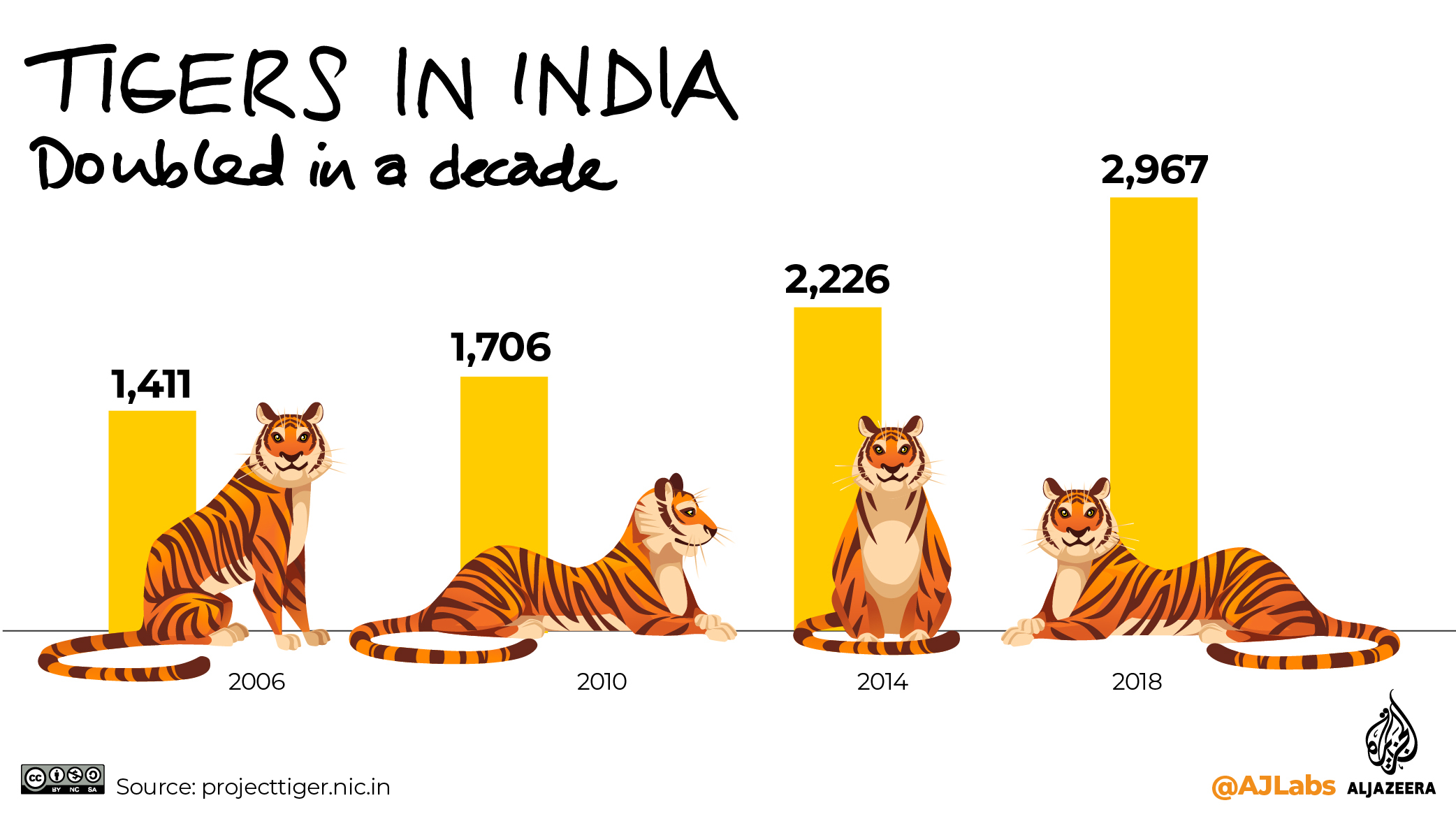 1. Environmental murders: A total of 212 land defenders were killed in 2019, with the majority of deaths in Latin America, according to a report by Global Witness. The five most deadly countries were Colombia, the Philippines, Brazil, Mexico and Honduras.

2. Nuclear fusion: As the world scrambles for more renewable sources of energy, construction has begun on the International Thermonuclear Experimental Reactor. Funded by 35 nations, the megaproject plans to replicate fusion – the process that powers the sun – by colliding hydrogen nuclei to generate heat. It is the world’s first industrial-scale device of its kind, and aims to create limitless, waste-free energy.

3. Bushfires: A new report estimates that almost three billion animals were killed or displaced by Australia’s bushfires between 2019 and 2020. Dermot O’Gorman, WWF-Australia’s chief executive officer, calls it “one of the worst wildlife disasters in modern history”.

4. US elections: With the Donald Trump administration rolling back environmental protections, and the US preparing to leave the Paris climate agreement on November 4 – just one day after the presidential polls – many worry that the fight to save the planet will be harder than ever if Trump is re-elected.

5. Ancient seaweed: A team of scientists has found 16,000-year-old kelp off the coasts of Ireland, Scotland and France, which they hope can help us better understand marine plants’ responses to extreme climate changes.

Chimpanzees, gorillas, orangutans have been living for hundreds of thousands of years in their forest, living fantastic lives, never overpopulating, never destroying the forest. I would say that they have been in a way more successful than us as far as being in harmony with the environment.