Around eight years ago this northern summer, we were in the cold and bountiful waters off the western coast of Greenland, filming with a World Wildlife Fund (WWF) expedition.

It was breathtaking. Glaciers flowed off the mountains like vast frozen freeways, we dodged colossal icebergs, there were whales and all manner of birdlife.

The expedition was heading for the edge of the sea ice – literally a colossal area of frozen sea which extends and recedes with the seasons. It is the interface of ice and ocean and it is alive with a multitude of life from narwhals to walruses.

We never made it. That year the sea ice had retreated so much it was simply too far north. A howling, freezing storm rampaged in and we had to make a run for it across Baffin Bay towards safety on the Canadian shore.

And so the decline has continued. This summer the sea ice extent – which measures the area of ocean with ice coverage – is at record low levels for this time of year.

According to the Washington Post, using data from the Japanese Aerospace Exploration Agency, ice extent in the Arctic region was about 193,000 square miles less than the previous record low for the date analysed. That difference is equivalent in size to the states of Colorado and Oklahoma combined, it said. 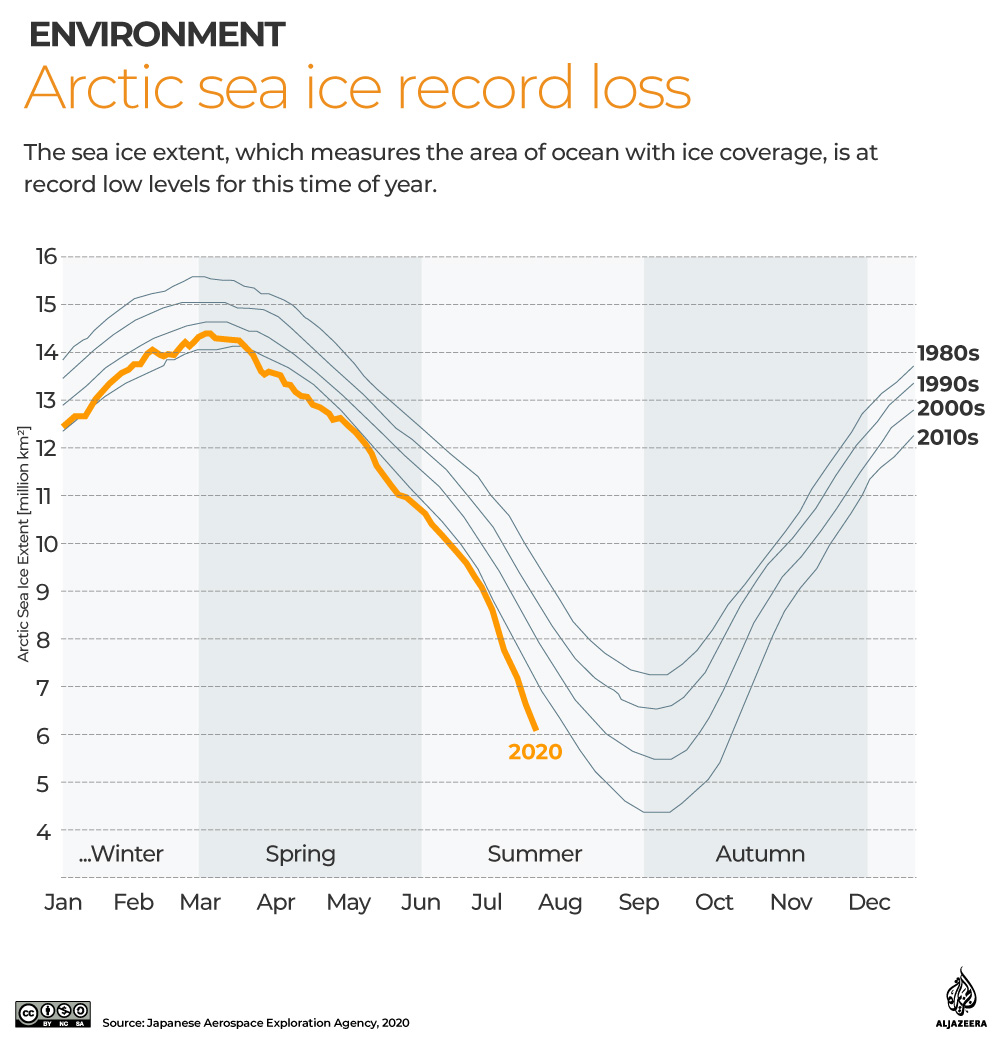 With the ongoing pandemic, our attention is naturally elsewhere right now. But the effects of a warming world are continuing apace, from record high temperatures in Siberia to a predicted extreme season of hurricanes in the US.

But there has been some qualified good news from the Institute for Atmospheric and Climate Science in Zurich this week. Scientists there have narrowed the range of future long-term warming to between 2.6C and 3.9C. This means the most dire temperature predictions – that previously suggested there was a chance the planet could heat by up to 4.5C – are now considered less probable.

The bad news is this smaller band is still dangerously high. “The main message is that unfortunately, we can’t expect that luck will save us from climate change,” said Reto Knutti, professor of climate physics at the institute.

But the pandemic has given us a window of enormous opportunity to get something done. This week, I interviewed Fatih Birol, the head of the International Energy Agency, the body that oversees the sector that creates 80 percent of all CO2 emissions. He pointed to the colossal stimulus deals that will soon be pouring trillions and trillions of dollars into a world reboot.

“These stimulus packages are once in a generation in scale and the energy policies they implement will be critical in determining the future of the global energy sector and of climate change,” he said.

Birol said in the short to medium term there will still be a need for petroleum fuels as we transition into sustainable energy.

“If anybody thinks that tomorrow we will not need oil and gas any more, then they are in a dream world. We will need it for years to come but their share in the energy mix will decline as renewables, new tech like hydrogen and CO2 capturing technologies, come into play.” 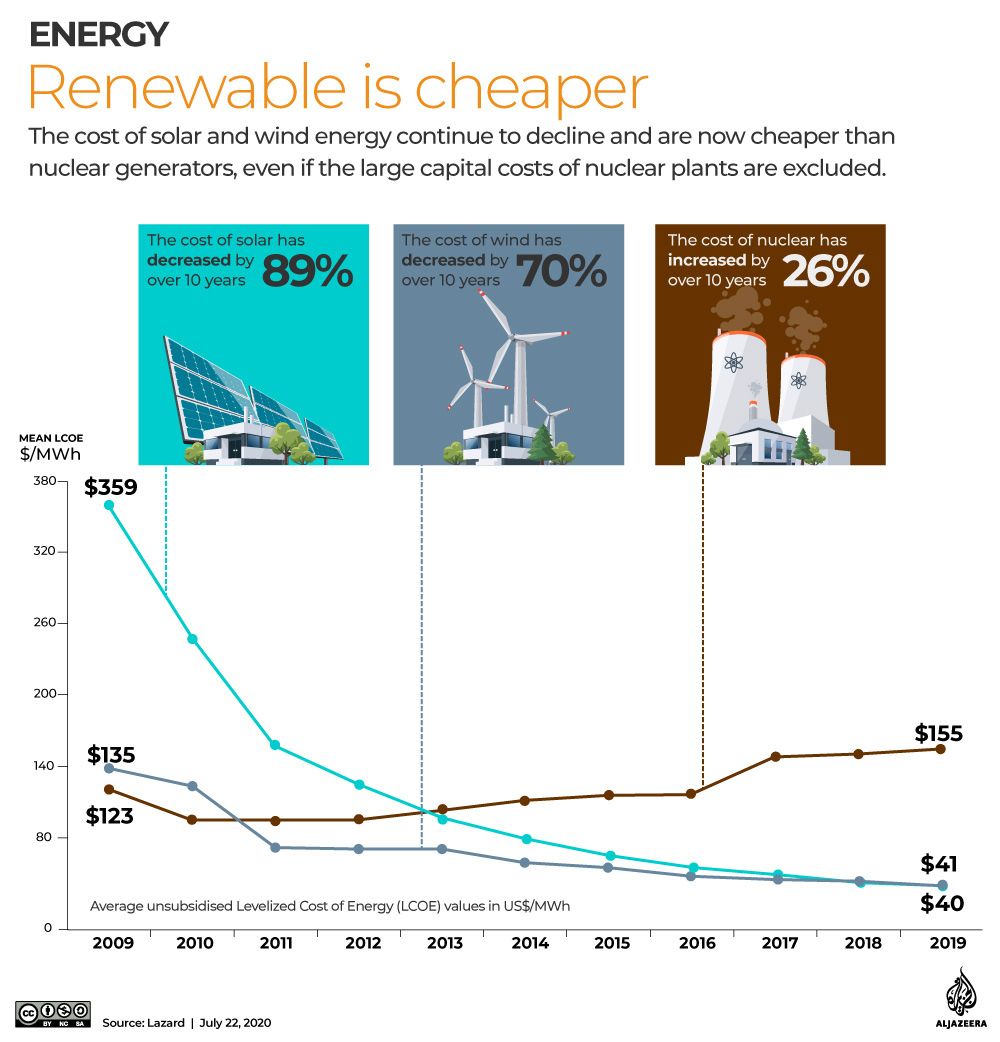 The IEA chief also called for the world to look to nuclear energy to help ease the transition away from fossil fuels, especially when the wind does not blow or the sun does not shine.

“Nuclear power generates electricity without interruption and once the plants are built, without any emissions,” said Birol. “My issue is that if we do not build any more nuclear plants, what fuel will fill the vacuum?”

This view clearly has considerable opposition given the cost, waste and dangers of accidents. But you might be surprised to hear there is a vocal nuclear lobby even among esteemed climate scientists.

Jim Hansen, who brought the global warming issue into the public consciousness in the 1980s, said nuclear power paves the only viable path forward on climate change.

Respected climate expert Kerry Emanuel has said the environmental movement has consistently and destructively overestimated the risks and costs of nuclear power.

“One can start with the facts,” Emanuel said. “In terms of mortality per unit energy generated, nuclear power is the safest form of energy we have ever created. There has been just one accident resulting in deaths from radiation – Chernobyl – and that was a reactor without a containment structure the likes of which will never be built again.”

By contrast, Emanuel said, the World Health Organization estimates that there are around three million premature deaths per year from particulate pollution arising from the combustion of fossil fuels.

“Every time we close a nuclear plant and replace it with fossil fuels we condemn people to premature death,” he said. “And conversely when we replace coal with nuclear, we save many lives.” 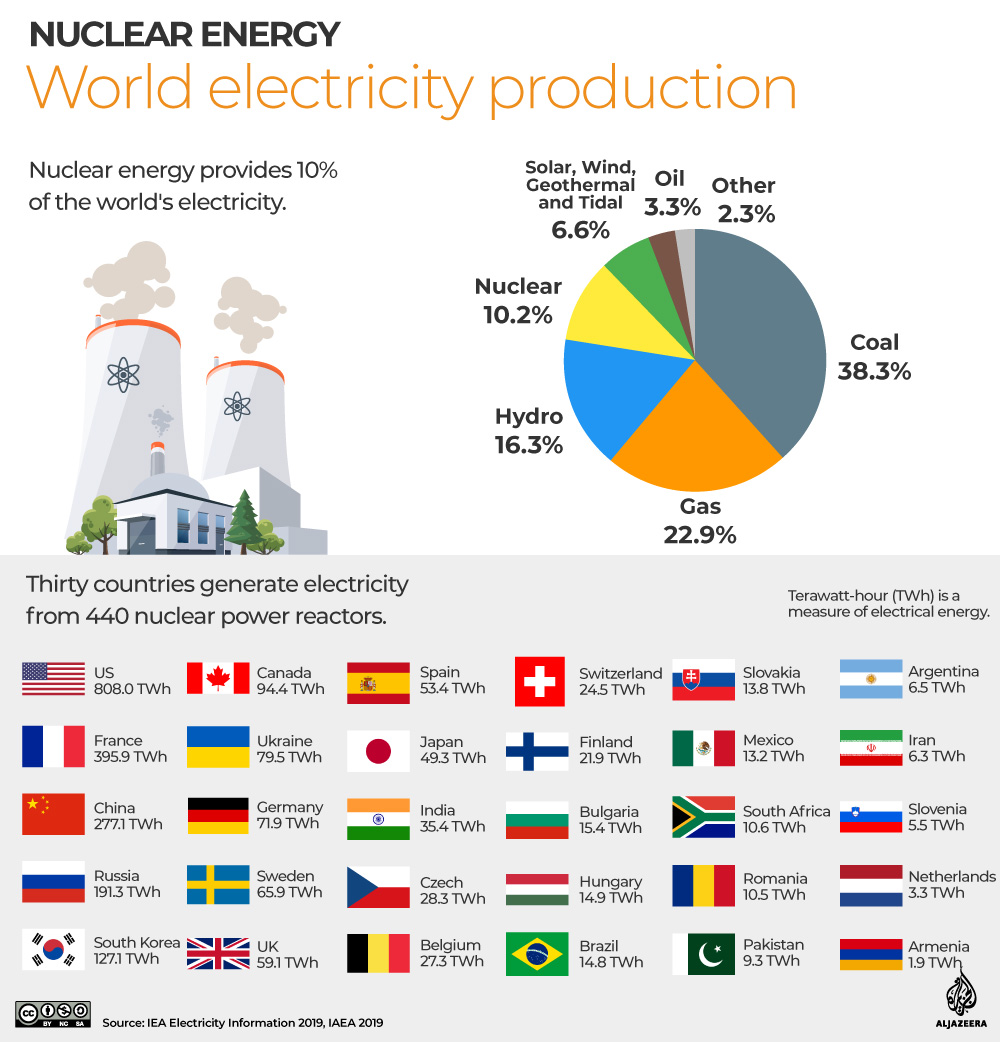 It is an energy source that engenders a hostile response. But according to the World Nuclear Association, nuclear power capacity is steadily increasing worldwide. There are 440 nuclear power reactors operating in 30 countries, with about 55 reactors under construction in 15 countries from Belarus to Bangladesh, it says.

Given the clear and present danger of the climate crisis, as the sea ice retreats and the hurricanes build, some say nuclear should be part of the solution. The trouble is, we do not have time to argue about it.

1. 2020: Last chance to save the planet? In its cover story this week, Time Magazine looks at the challenges and opportunities presented by the coronavirus and asks if 2020 will be a defining year for the future of our planet.

2. Climate activism in Africa: Actress Angelina Jolie interviews Vanessa Nakate, a 23-year-old climate activist from Uganda who spent months protesting outside the gates of parliament in Kampala, and who started a movement to amplify the voices of Africans affected by climate change.

3. Gas leaks on sea beds: Methane, a potent climate-heating gas thought to be stored under the sea floor around Antarctica, was found to have seeped into the ocean; researchers warn some of it could escape into the atmosphere.

4. Crash in shark populations: Destructive fishing practices have caused a worrying decline in shark numbers across many of the world’s coral reefs, putting more pressure on these sites that are already under threat from global warming.

5. The Earth and us: How do humans relate to our natural world, why do we see ourselves as separate, and is it time to reassess our relationship with nature? Watch this video for more.

If a path to the better there be, it begins with a full look at the worst.