There is a certain romanticism to poking about in the riverine gloop on the foreshore of the River Thames in London. Every outgoing tide unveils fragments of this ancient city’s life.

Pieces of Roman roof tiles and Victorian clay pipes are revealed in the mud. There are centuries-old coins, sodden but preserved leather shoes, and even items of jewellery dropped maybe by someone stepping off a long-gone ferry boat.

Today these ghosts of history are accompanied by the relics of our modern world. And, among the wet wipes, plastic bottles and crisp packets, there is a new breed of foreshore flotsam, the ubiquitous face masks and plastic gloves.

They are not just a problem in London of course; take a stroll pretty well anywhere in the world, and you will find the detritus of all our personal fights against a pandemic. And not only on land. 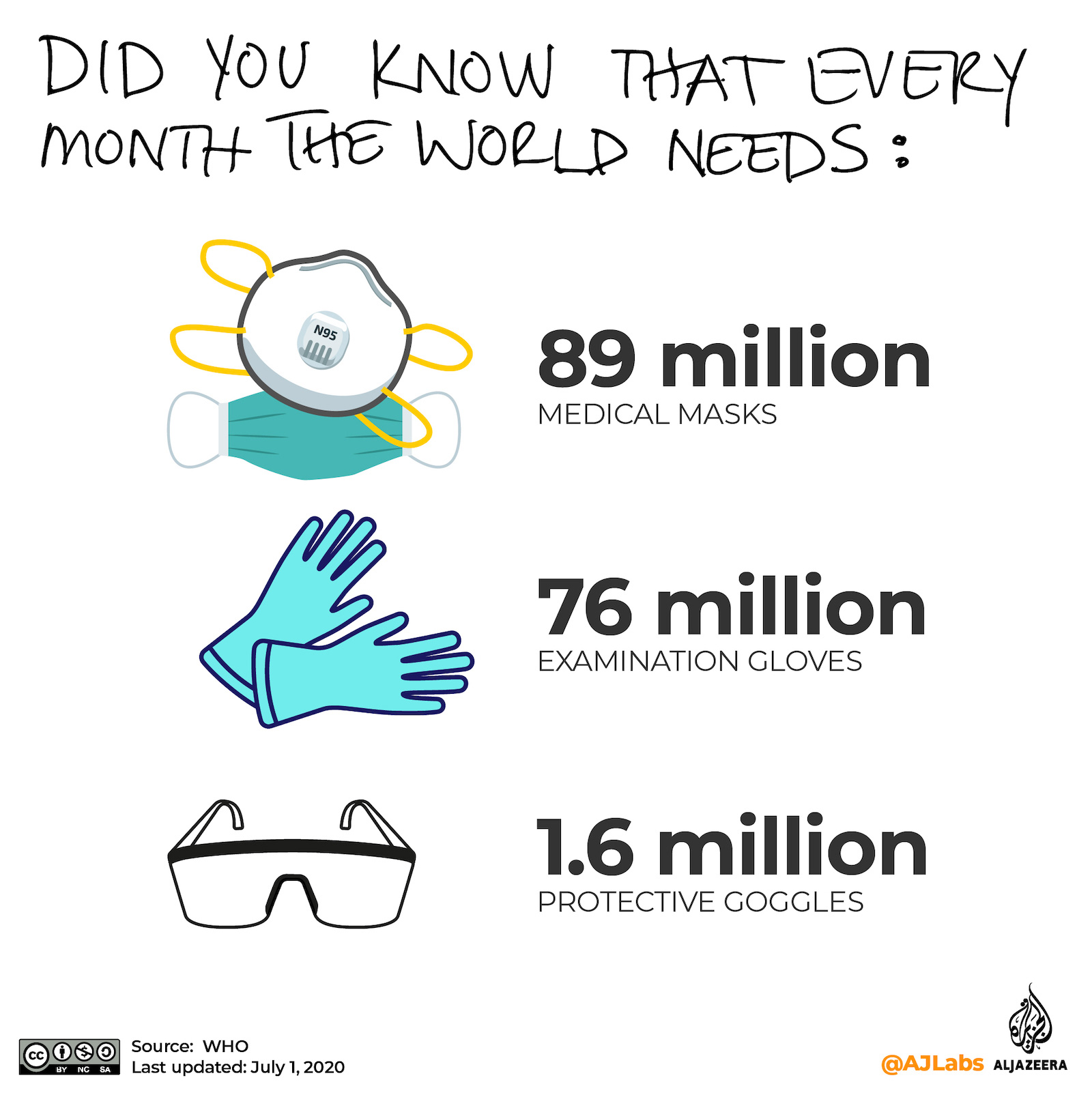 Marine conservation organisation OceansAsia highlighted the growing number of masks being discovered during its plastic pollution research in the Soko Islands near Hong Kong.

The not-for-profit organisation City to Sea released a video showing discarded masks and gloves littering the seabed; the clip also highlights potential solutions to the problem.

Jo Morley, head of campaigns at City to Sea, told me the pandemic has created an unprecedented challenge.

“Whilst we completely support the need for PPE [personal protective equipment] to keep us safe during these testing times, we’re concerned about how these single-use masks and gloves are being disposed of,” she said, pointing to the need for greater use of reusable masks.

Surfers against Sewage, an environmental charity in the UK, also reports a dramatic rise in the amount of discarded PPE and says there is an urgent need not to take our eye off the ball.

“Clearly, before the pandemic, PPE wasn’t an issue and so adds another source of plastic pollution choking our ocean,” said CEO Hugo Tagholm. “However, we must not lose focus on the bigger issue of throwaway plastic production.” 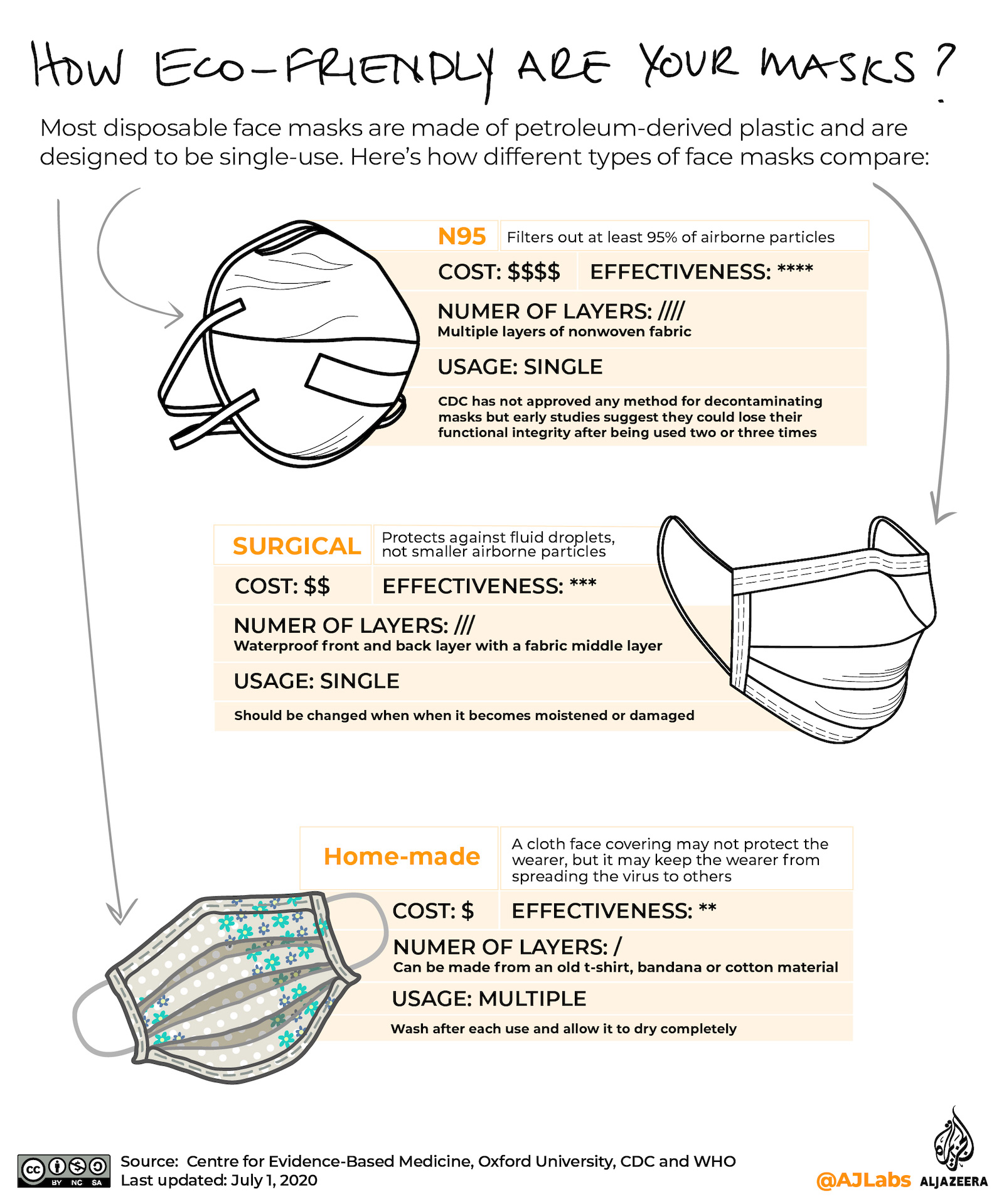 Plastic pollution overall is projected to double in the next decade, according to a report by the World Wildlife Fund (WWF).

But this week there are reasons to be cheerful, courtesy of the world’s second-largest producer of plastic waste. Indonesia has begun a new chapter in waste management.

City authorities in the capital Jakarta have implemented a ban on single-use plastic bags in markets, grocery stores and malls. This follows the steps taken on the Indonesian holiday island of Bali, which enforced a ban last year, in despair over the rubbish washed up on its beaches.

Landfills are near capacity in the country of 267 million people.

Such steps are crucial as populations continue to grow around the world.

In fact, many see this moment as an opportunity to bolster momentum against single-use plastics.

“The pandemic has interrupted progress on reducing the volume of single-use plastic we use, but we cannot let this become an excuse for ongoing inaction,” Louise Edge, senior plastic campaigner at Greenpeace UK, told me.

“Companies and governments still need to boldly step up and move us away from using plastic for throwaway items like food and drink packaging. They can ensure plastic is only used for essential items – like medical kit – and that it is captured and reused at the end of its life.”

Indeed, because the plastics strata in that riverine gloop of the Thames, representing this human moment on Earth, needs to grow no more.

1. A warmer South Pole: Scientists say the South Pole is warming at a rate nearly three times faster than the global average, in big part due to climate cycles happening thousands of miles away.

2. Hydrogen Revolution: Here to stay? There is hope that hydrogen tech energy will continue to grow and help create clean jobs in the future. But it is not necessarily trouble-free.

4. Murder Hornets: Race to save the honeybee: Beekeepers in North America have been hunting the Asian giant hornet, an invasive species that feasts on bee larvae and could have devastating consequences for thousands of hives.

5. Recycle it: From home to the office to the outdoors, there are ways to reuse takeaway containers and help reduce the amount of plastic waste we generate.

Adding CO2 to the air is like throwing another blanket on the bed.