It was the product that powered the Vikings, that went on to make Norway rich long before oil, and is still the source of a multimillion-dollar industry: fish, specifically cod, or skrei, to be precise, the name derived from Old Norse for “the wanderer”. From January to April, these fish return in their millions to the Arctic waters off the Lofoten Islands to spawn. And for thousands of years, humanity has cashed in on this bountiful act of nature.

I was reminded of this story by one of those Facebook alerts, a picture from these rugged, breathtaking islands from our shoot there this time last year. We filmed the centuries-old tradition of catching, drying and selling the resulting delicacy, as far afield as Italy and Nigeria.

The fishery is a rarity in that it is both sustainable and profitable. But this year it has taken a predictable hit, with a sharp fall in demand. And it is the same the world over. For fishing communities from the Philippines to Peru, COVID-19 has been a disaster.

Steep plunge in prices and supply

There are around 40 million fishers worldwide, the vast majority of whom live in developing countries and depend on the money they make from their catch to put food on their table. The UN’s body on trade, UNCTAD, said fish exports for 2020 are expected to drop by at least a third, with restaurants and hotels still closed the world over. Incomes in some fishing communities have all but evaporated.

Shrimp, for example, have been selling at 10 percent of their normal price in northern Spain. In the Mediterranean, the whole catch has collapsed by 80 percent. Maldivian tuna exports to Europe have stopped. Argentina’s fish and seafood exports to Spain, Italy and China have fallen by 30 percent since the outbreak. 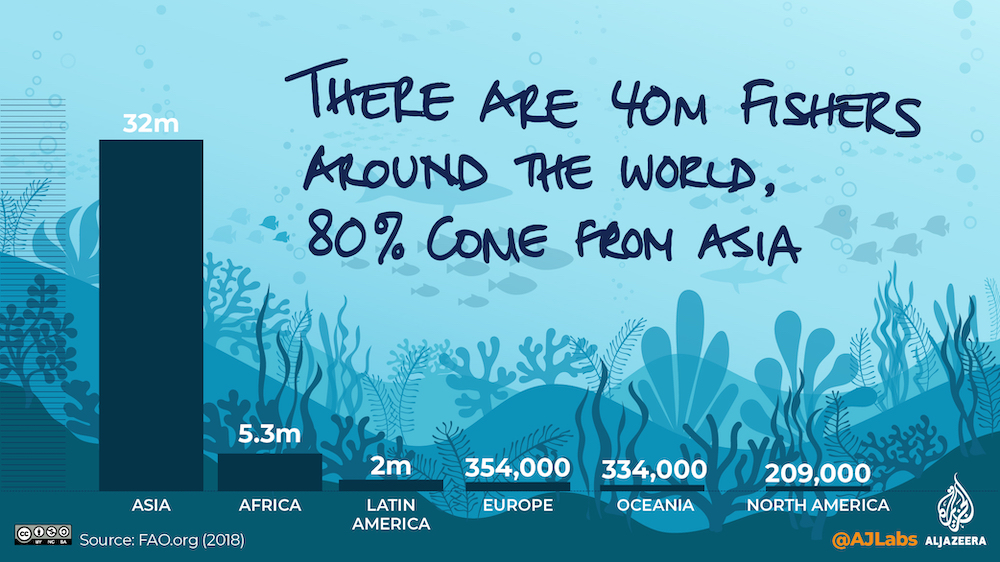 Flip-side: a lifeline for fish stocks

Of course, the fish could do with a breather. Around a third of global stocks are currently below sustainable levels. The COVID effect offers our oceans, seas and rivers an opportunity to replenish, to a degree, for a time.

But will there be greater, longer-lasting benefits – a chance to target the industrial fleets that vacuum up fish in unimaginable quantities and to bolster more sustainable fishing?

“Now is the time for governments to rethink how they support fisheries sectors,” said David Vivas, of UNCTAD. “And to shift from subsidies that enhance the capacity of the industrial fleets, in favour of more support for responsible small-scale fisheries.”

It is clear industrial fleets need to be restrained. As we speak, some vessels have increased illegal activities, emboldened by less surveillance of the oceans during the pandemic.

“There is no doubt industrial fishing vessels are taking advantage of this lack of oversight to further plunder the seas,” said Will McCallum, head of oceans at Greenpeace. “And all the while small-scale fishermen are not able to provide for their families.”

Will told me how an armada of more than 100 fishing vessels recently illegally plundered south Atlantic waters close to Argentina.

The vessels, mostly from East Asia, waited until nightfall, shut down satellite tracking systems and then moved into the squid-rich waters of Argentina’s exclusive economic zone. Each vessel was capable of taking 50 tonnes a day, which could, in fewer than three weeks, exceed the Argentinian fleet’s quota for the entire season.

Such practices clearly threaten fish stocks, livelihoods, food supplies and the overall health of our oceans. A COVID mini-break for the fish means nothing while industrial vessels deplete our oceans’ resources.

And think, around about now in Arctic Norway, the skrei, spawning done, are heading back to the Barents Sea, completing their ancient cycle of nature. Long may it last. 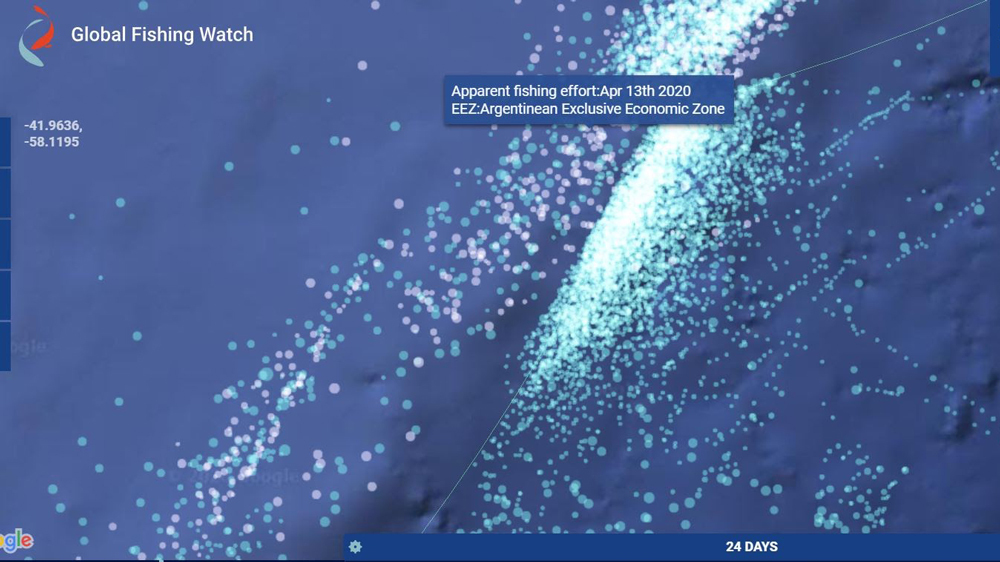 1. China tackles the wildlife trade: The country is compensating farmers who switch to growing plants instead of breeding wild species.

2. Whale tracking: The British Antarctic Survey has been studying whale movements and now you can follow South Georgia whales in real-time as they journey across the oceans.

3. A comeback: Cars are staging a comeback as the socially distant transport of choice.

4. But not in London: Large parts of the UK capital are to be made car-free, with roads being re-purposed for people as the lockdown eases.

5. Chicken Trumpsticks: The US-permitted practise of dowsing chicken carcasses in chlorine and other microbial washes to kill bacteria is controversial because it can be used to compensate for poor animal welfare and hygiene practices in the supply chain. But the US wants the UK to lift its ban on chlorinated chicken imports.

6. A threat to Africa’s wildlife: There are signs the coronavirus pandemic is boosting the illegal wildlife trade and increasing bushmeat poaching. Watch conservationists discuss the challenges they face.

To stand at the edge of the sea, to sense the ebb and flow of the tides, to feel the breath of a mist moving over a great salt marsh, to watch the flight of shore birds that have swept up and down the surf lines of the continents for untold thousands of years, to see the running of the old eels and the young shad to the sea, is to have knowledge of things that are as nearly eternal as any earthly life can be.