Berlin, Germany – German minority communities living in the eastern state of Thuringia have raised the alarm after a political storm that saw an anti-immigrant far-right party gain a stronger footing in regional politics.

Merkel condemned the debacle, saying the election was “unforgivable”.

After winning, as criticism mounted, Kemmerich resigned to “remove the stain of the AfD’s support for the office of the premiership”.

The development broke a long-standing position within German politics in which mainstream parties refused to collaborate with the populist AfD party, which peddles an anti-immigrant, anti-European Union agenda.

The shift sent shockwaves across the country’s political landscape, prompting calls by Chancellor Merkel for fresh elections, and sparked anti-fascist protests from Thuringia to Berlin and Frankfurt. 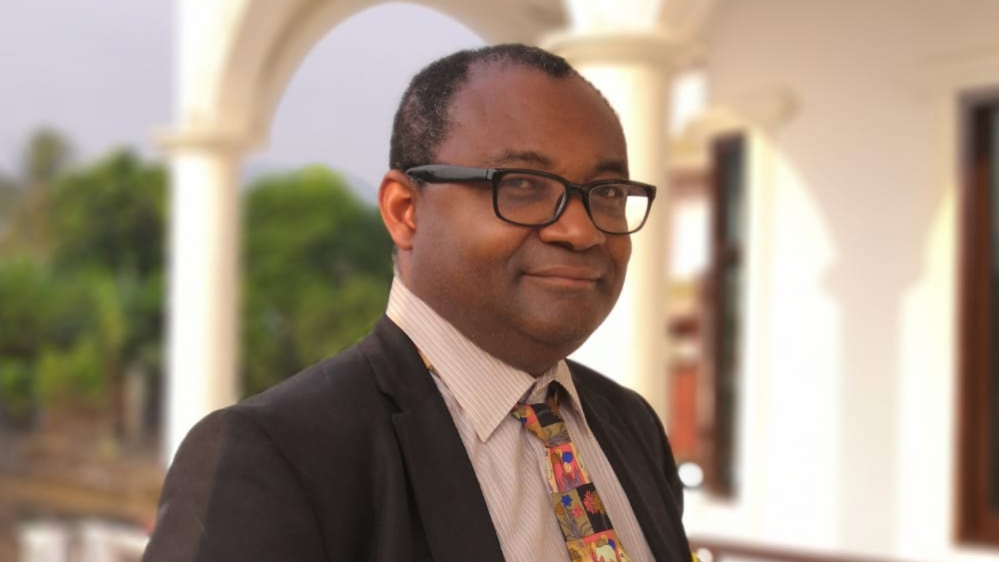 Cameroon-born Daniel Egbe has lived in Thuringia’s university town Jena for nearly 30 years, and was among more than 1,000 protesters who participated in a local demonstration.

Egbe, a 53-year-old chemistry professor and founder of migrant-focused organisation African Network for Solar Energy, told Al Jazeera: “None of us were expecting this to happen and we are disappointed with the major political parties for collaborating with a party considered fascist and anti-migrant.”

He said the outreach efforts will now be stepped up in his organisation, which counsels and supports African migrants and runs Africa-related events designed to promote a better image of the continent within the local community.

“The AfD is getting stronger and to live in such conditions is not easy for migrants,” he added.

“The recent political developments force us to be even more engaged in the fight against Afrophobia in Jena. Africans are still experiencing verbal hostility on the streets or at their work, and there is widespread latent Afrophobia in most city services. It’s imperative that we do something positive now.”

Germany has seen a rise in racist hate crimes in recent years.

Research from a counselling centre for victims of hate crimes showed that in 2018, at least three right-wing, racist and anti-Semitic attacks occurred daily in five East German federal states – Brandenburg, Thuringia and Saxony.

Meanwhile, AfD’s popularity is growing in the east of the country – the party made big gains in state elections in both Brandenburg and Saxony last year.

The AfD is not only a threat to minorities, the party endangers democracy in Germany. It threatens the whole of German society.

As a spokesman for the small Ahmadiyya Muslim community, he has been playing a central role in the construction of a mosque in the city.

He told Al Jazeera that resistance to the plans has resulted in a building process lasting more than 10 years.

There have been problems with acquiring land and difficulties convincing construction companies to take on work.

In a clear sign of racism, a dead pig being was sent to the site.

Malik, 33, said: “We experience racism on a daily basis here. I have been spat in the face while handing out religious literature and I regularly receive death threats on social media. The AfD has also arranged petitions and protests against the construction.”

Malik said the place of worship will be the first visible mosque in eastern Germany, once construction is completed later this year.

“If the AfD get into power, they will threaten our democratic order, and initiate rules against minority communities. This could lead to political disaster in the country and parts of our constitution, like freedom of speech and freedom of religion, will be affected,” he said.

“Our mosques are built with the purpose of bringing people together and serving our neighbours and the local society. In the past, we have organised events with other minority communities. We will continue to stand together.”

Malik has been working closely with retired professor Reinhard Schramm.

As the chairman of Thuringia’s Jewish community organisation, he is among the local supporters who have backed the mosque’s construction.

“We are also actively involved in an interreligious discussion group in which Jews, Christians, Muslims and Baha’i participate. Right-wing extremists who are against Muslims today will also be against Jews tomorrow. And vice versa,” Schramm told Al Jazeera.

For many Germans, one particularly concerning element from last week’s political storm was the historical links to the country’s Nazi past.

It was in Thuringia during the final days of the Weimar Republic in the 1930s that the first Nazi politicians entered government, just before Adolf Hitler becoming the chancellor.

It was also the first time since World War II that a German politician was elected to the top state position off the back of far-right political support.

Schramm, 76, and his mother were the only survivors in their family during the Nazi-era. He said he is concerned about what would happen to the country if history repeats itself.

“The AfD is partly to blame for the growth of hatred and murder and our concern about the party is big.

“I am very sad about the present development because we Jews paid a terrible price during the Nazi era. This must never happen again with any minority.

“I worry about the Muslim minority in our country, many of whom will stay even after the turmoil of war in the Middle East, and will enrich German society in the medium and long term. And I worry about all of Germany. At the end of the war in 1945, not only was Jewish life wiped out, but Germany was also in ruins.

“The AfD is not only a threat to minorities, the party endangers democracy in Germany. It threatens the whole of German society.”