The world has been watching with alarm since the United Kingdom identified a new variant of the coronavirus on December 14, which has led to a surge in new infections across the South East of the country.

Since then, two other new strains of the virus have been identified in South Africa and Nigeria, with cases of all three cropping up in at least 13 countries so far.

The emergence of the new variant in the UK caused Prime Minister Boris Johnson to change the planned five days’ allowance for household gatherings over the festive period to a single day, and only for those in the least affected areas.

Other countries cancelled flights in and out of the UK and imposed strict quarantine periods for anyone who had been to the UK recently. Clearly, the world has been spooked by the new strain of the virus, but was it really a surprise that the virus had managed to mutate?

The short answer is “no”. The longer a virus is allowed to run unchecked in a population, the higher the risk is of it mutating – undergoing changes to its genetic makeup.

It is no secret that the UK has one of the highest coronavirus infection rates in the world. Different viruses will mutate at different rates. The SARS-CoV-2 virus that causes the COVID pandemic in the first place accumulates genetic changes at a rate of one to two mutations per month, globally.

The vast majority of mutations are small and have no apparent effect on the virus itself or the host it infects.

Over time, however, more and more mutations will occur, meaning many thousands have now done so since the coronavirus emerged.

Viral mutations can happen in a number of ways. In the case of the new strain identified in the UK, it is believed to have occurred when someone with a particularly weak immune system became infected with the virus. Instead of their body fighting it off, they became a breeding ground for the virus, allowing it to multiply many times inside of them.

Mutations also arise naturally in viruses as they replicate and spread through a population. The speed at which viruses replicate inside cells means errors are made as they duplicate their genetic code – these are the mutations.

Many mutations are, in fact, harmful to a virus and those versions of the virus simply die out. However, once in a while, a random mutation can arise that is beneficial to a virus.

When a beneficial mutation occurs – one that makes it superior to the original form of the virus, the new variant becomes the dominant strain within a population. This is what appears to be happening in large parts of the UK, where the new variant is expected to have become the dominant virus in large parts of the UK by mid-January as more people are infected with it.

A “superior” viral strain is one that is more infective (more able to establish an infection), because it has new or better methods of spreading itself, is more proficient at infecting hosts, is quicker at replicating itself or is even resistant to treatments.

How the new strain works

The reason for this is the specific mutations that have arisen in this new variant appear to make it between 50 percent and 70 percent more infective than the original strain from which it came.

An initial analysis of the new UK variant has been published and shows that the new UK strain is the result of 17 different mutations working together, not just one. It often takes more than a single mutation to change the structure of a virus significantly enough to produce a new strain.

One of the most significant of these 17 new mutations is known as the N501Y alteration. This mutation affects one of the most important parts of the virus – its “spike” protein.

The spike protein is the key with which the virus unlocks the doors to our human cells and enters them, causing them to be infected. Before it can enter and infect a cell, the coronavirus has to bind itself to a receptor on the outside of the cell – the ACE2 receptor, which, once bound, allows the virus inside. The new N501Y mutation allows the virus to bind more readily to the ACE2 receptors and enter cells more easily. This may account for its increased infectivity – the ability of a pathogen to establish an infection.

Another significant change within the new UK variant is called the H69/V70 deletion. Here, a small part of the all-important spike protein is removed from the virus itself.

A study (PDF) carried out in Cambridge in mid-December found that this particular mutation might make our antibodies against the virus less effective at destroying it.

Scientists are urgently working on the new variant to see if any of the other mutations may be of significance.

For now, we know the virus is more transmissible in its new form but, so far, there is no evidence to suggest the new variant causes more serious symptoms.

Scientists also believe the vaccines that are being rolled out to inoculate people against coronavirus will continue to provide us with protection against this new variant.

Vaccines stimulate the immune system in humans to attack different parts of the virus, so even though the spike protein may have mutated, for example, the vaccines are still likely to work.

Dr Anthony Fauci, the top US infectious disease expert, said data coming from Britain indicate the vaccines still will block the virus. But the US also will do tests to be sure.

The key is to vaccinate as many people as quickly as possible before the virus mutates beyond the scope of the current vaccines. If the virus finds an “escape route” from the vaccines by finding further mutations, then it is likely the vaccines will need to be tweaked to adjust to any new strains. Experts have said this is “relatively easy” to do and we already do it for other vaccines such as the flu vaccine every year.

The vaccines, therefore, offer hope, but it will be some time before at least 60 to 80 percent of the world’s population has been inoculated, giving us “herd immunity”.

In the meantime, the now-standard methods of social distancing, hand washing, mask wearing and ventilating indoor spaces remain important. We must all review our behaviour and minimise contact with those not in our households or support bubbles, only leave our homes for essential purposes and bunker down for that little bit longer.

This new variant may be more infective, but it still relies on close human contact to spread. We all have it within our power to help reduce the spread of this virus simply by adhering to these social distancing rules. We must ramp up our efforts. Now is not the time to become complacent. 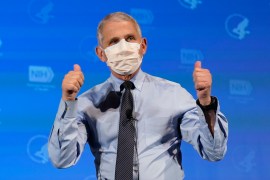 Dr Anthony Fauci: ‘We will end this outbreak’

The pre-eminent scientist discusses COVID vaccines, masks, and how best to deal with anti-vaxxers in the United States. 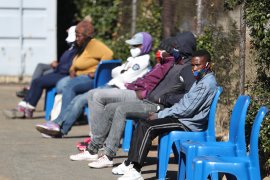 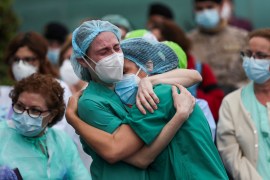 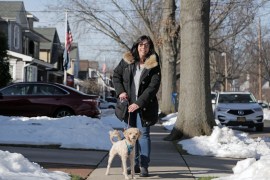