London, United Kingdom – It would be “inhuman”, he said last week. But on December 19, UK Prime Minister Boris Johnson banned gatherings on Christmas for millions of people living in England following a spike in coronavirus cases.

The move came as a new strain of COVID, up to 70 percent more transmissible than earlier variants, gripped parts of the country.

The ability to mix with people from three different households in a “Christmas bubble” from December 23 to 27 was scrapped entirely as the government introduced strict “Tier 4” social distancing restrictions in London and swathes of the South East, about a third of England.

These areas are under a stay-at-home order and non-essential shops have been closed.

For the rest of the country in Tiers 1 to 3, the bubble was pulled back to just Christmas day, on December 25.

Without action, Johnson said, “infections would soar, hospitals would become overwhelmed and many thousands more would lose their lives”.

Exceptions allow visits to dying people, and to provide care.

Some people, therefore, are planning to see relatives who have a terminal illness for what will likely be their last Christmas together – a gathering that is allowed under the rules’ exceptions.

But others are prepared to go against the restrictions to comfort family members who have been recently bereaved.

Loren* from Northamptonshire will spend Christmas with her mother and five siblings in Manchester, a city in the north of England that is under Tier 3 rules.

In 2018, her mother, 62, was diagnosed with lung cancer. She decided to stop treatment in July as it had not been effective at fighting off the disease.

“I know this will definitely be mum’s last Christmas. We unfortunately don’t have the time to ‘wait until Easter’,” Loren told Al Jazeera.

Before the pandemic hit, Loren made a two-and-a-half-hour car journey to visit her mother weekly. But lockdowns throughout the year put an end to these frequent visits.

“I’m very close to my mum but I haven’t seen her half as much as I should have [since the pandemic began]. We FaceTime every day but it’s not the same. This year has been awful for her, not being able to go anywhere or socialise,” she said.

“We just feel that as a family we need to be together this Christmas as we will never get this time back,” she said.

Loren is likely to be one of the thousands of people in this situation.

Each year, 165,000 people die of cancer in the UK, according to Cancer Research UK.

Some residents, like Rachel* in London, are breaking the rules to give company to recently bereaved relatives.

In early December, Rachel lost her father to an untreatable and aggressive form of cancer two weeks before his 72nd birthday.

Rachel’s parents were married for 50 years. They were not able to go on their long-planned cruise to celebrate their golden anniversary in August due to the pandemic. That same month, he was diagnosed with cancer, giving them three months left together.

“In the space of a few weeks we will have had dad’s death, his birthday, his funeral and Christmas,” Rachel said.

Her family of three will visit her mother, who lives less than a mile away, on Christmas – a trip she says should be considered an exception for “compassionate” reasons.

“As a family, we are supporting each other in any way we can, including spending Christmas together. We will make the best of it,” Rachel said.

“[I appreciate] the strict rules are required to stop the spread of the virus … [but] adding an extra, stricter level is pointless when it is not applied or enforced consistently. Supermarkets are packed.

“My family and I have done everything we can to ensure we can see my mum safely, including isolating much as possible for the past few weeks.”

The weekly average coronavirus case rate in England has increased by 66 percent in two weeks and almost doubled in London in the past week. The UK has among the highest COVID fatality rates in Europe, with nearly 70,000 deaths and more than two million cases.

Michelle* is spending Christmas with her sister and mother in Nottingham in the Midlands region. This is currently allowed under Tier 3 restrictions but she said that if it were to move in Tier 4, her plans would remain the same.

In the summer, Michelle’s partner died from a neuroendocrine tumour on his pancreas at the age of 37.

He was in stage-four cancer by the time he was diagnosed in early 2019. Both Michelle and her sister are single mothers and struggle with chronic depression.

“On top of that my mum is also widowed, has her own health conditions including cancer and lost her father, my grandad,” she said.

On December 25 last year, her grandfather died of a stroke.

“We have all followed the rules, we haven’t met up with friends, we haven’t been to bars or eaten out in restaurants, we’ve worn our masks and we’ve kept our distance from people, so we feel we are more than allowed this,” she said. “No one deserves to be alone on Christmas.” 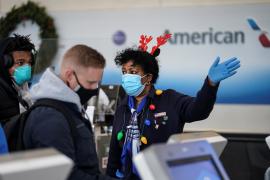 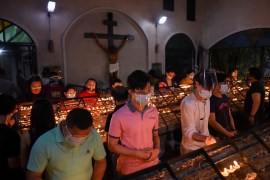 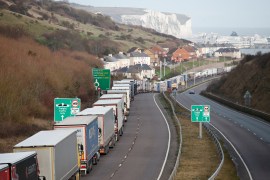 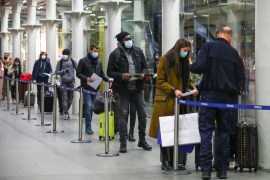