On November 20, 1945, several months after the end of World War II, a series of military tribunals began in the German city of Nuremberg.

The first of the trials was the Major War Crimes Trial, in which 22 high-ranking Nazis stood trial in the Palace of Justice. Twelve of the defendants would be sentenced to death.

A further 12 trials – known as the Subsequent Nuremberg Proceedings – were held at Nuremberg between 1946 and 1949.

Seventy-five years after the Nuremberg trials began, we hear from three people upon whose lives the trials and the events that proceeded them cast a long shadow: the son of one of those on trial, the son of one of the prosecutors and the daughter of a Holocaust survivor.

Tali Nates is the founder and director of the Johannesburg Genocide & Holocaust Centre. Her father, Moses, was 14 years old when he was sent first to a forced labour camp and later to concentration camps.

Here, she describes what it was like to grow up in the shadow of the Holocaust:

As a child growing up in the 1960s, there was so much silence. Back then many survivors did not talk about what they had experienced. It was a coping mechanism – a need to focus not on the past but on rebuilding their lives.

My father never sat me down to share his memories. His pain and trauma was unspoken, he carried it quietly, but you could feel it and it would come out in his nightmares and fear of enclosed spaces.

In many ways, the silence was louder than any words could have been. There was so much pain in it.

He had lost his entire family, apart from his older brother – my Uncle Chanoch, or Henryk.

My uncle was the opposite of my father – he was the talker. He would say: “Sit down little one, let me tell you” and then share stories from his life.

Perhaps because they had lost their family, they were very close to other survivors. Although they were not blood relations, these people became our “uncles and aunts”. Together, they would speak about what happened “there” but using languages, like Polish, that I couldn’t understand.

I think after the widely-publicised trial of Adolf Eichmann, one of the main organisers of the Holocaust, in Jerusalem in 1961, my father spoke a little more to others about what had happened to him. But he didn’t share much with his children.

Here is what I do know.

My father’s family was from a small town in southern Poland called Nowy Targ. It is a few hours from Krakow in the Tatra Mountains, close to Zakopane. It is a beautiful mountainous region full of small towns and villages, rivers and forests. It was a wonderful place to grow up in.

His family were lower-middle class and my grandfather had a fur business.

Burning the dead and lashes for potatoes

But then the war started and the Germans reached their town on the very first day. A ghetto was soon established and the Jewish community forced into its few streets.

In 1940, my father was sent to a forced labour camp in Zakopane to work in a stone quarry at the foot of the Krokiew mountain. He had to cut and carry stones in the place where he had once skied.

From there he was sent to Plaszow concentration camp in Krakow.

In Plaszow he was reunited with his brother. My uncle, who had been sent to Plaszow earlier, heard that a group of prisoners had arrived from Zakopane and found my father among them. They hadn’t seen each other for more than two years. They hugged and cried and swore that they would never be parted again.

In the camp, they worked together as carpenters and builders.

Then, in 1944, the commandant of the camp, Amon Goeth, ordered that some of the prisoners would be tasked with opening up the mass graves in the camp where victims of the Holocaust had been buried. It was part of a Nazi plan to destroy the evidence of their crimes.

My father and uncle were part of Sonderkommando 1005, special groups of prisoners created for this purpose. They were forced to open the graves and burn the bodies that were inside them. They were given masks to cover their noses because the smell was so bad. My father was just 17 at the time.

Goeth was infamous for randomly shooting at inmates for fun. He once shot a man who was standing next to my uncle. From one day to the next, my father and uncle did not know if they would live or die.

Once, my father was sent out of the camp to work in some fields. Some Polish peasants had left potatoes for the inmates and my father took some of them. But he was searched and the potatoes were found. He was given 50 lashes as punishment. The wounds from the lashes left a permanent bump on the top of his head and later in life he suffered badly from headaches. He died of brain cancer in 1974. He was 48 years old.

My father and uncle would probably have died during the Holocaust but for the help of Oskar Schindler, the German industrialist who saved the lives of 1,200 Jews by employing them in his factories.

My father and uncle were on page 10 of his list. They never found out how they got on it, but they were eventually moved to Brunnlitz, a camp created by Schindler where ammunition was supposedly made.

But the Jews in this camp never finished making any ammunition. They worked but everything was deliberately sabotaged. There were guards outside, but Schindler never allowed them inside and was known to have paid bribes to members of the Schutzstaffel (SS) to prevent them from executing any of his workers.

My father and uncle loved Oskar Schindler and his wife Emilie. They told stories about how the Schindlers would give them food when they were starving. But even Schindler could not get enough food for 1,200 people. So in May 1945, when they were liberated by the Russians, my father weighed just 38kg.

My father and uncle decided to separate at liberation, with my father going through the displaced person’s process with the United Nations, and eventually being sent to Freiburg in Germany to complete his education, while my uncle returned to his hometown to wait for his family. What he did not know then was that there was no family left. The two sisters of my father and uncle had been killed in Belzec death camp on August 30, 1942.

What’s in a name?

When I was born, in 1961, I was the first girl in the family since my father’s sisters and mother were murdered. For my father and uncle, my birth brought great happiness and the feeling that I was going to replace the girls that had been lost. For them, I was like the memorial candle, the symbol of all the losses they had endured, of all that was no longer there.

They argued about it and I was nameless for a few days until they settled on a compromise – giving me the first name Tali, which had no connotations with the past, and the middle name Helen, after my father’s oldest sister who was 16 when she was murdered. In that way, the burden of the dead and the hope for the future were both with me.

The children of survivors are often named after people who did not survive. Some don’t even have pictures of the people whose names they carry.

‘Not just a courtroom’

I was in Nuremberg for the first time when I was invited by the International Nuremberg Principles Academy in 2016. It was a gathering of Holocaust educators from around the world. We spent a lot of time in courtroom 600, where the Nuremberg trials were held.

My father did not speak specifically about the Nuremberg trials but he believed in the need to obtain justice through legal channels. During the Eichmann trial, he was glued to the radio. My uncle believed in trials so much that he testified at a war crimes trial in Freiburg in the 1960s.

For many years, I took students to Poland to see the Nazi concentration camps and other sites related to the Holocaust. And then in 2015, I started to take student leaders from the University of Cape Town and the University of the Free State on study tours to Germany as well. To visit the Nuremberg courtroom was important for students from a country grappling with its own deeply unjust and painful past. 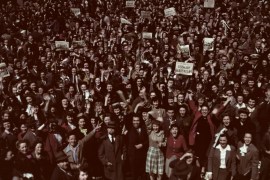 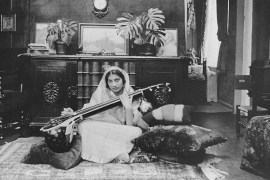 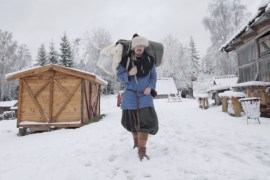 Vikings vs Neo-Nazis: Battling the Far Right in Sweden 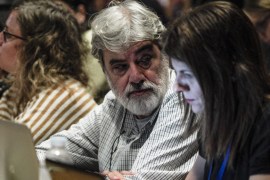