As masked police entered the homes of three prominent Saudi princes in the early hours of Saturday morning, Mohammed bin Salman (MBS), Saudi Arabia’s crown prince, appeared to have removed the final vestiges of opposition to his rule, paving the way for a seemingly smooth transition to becoming king.

Rumours of plans to topple both the king and the crown prince have regularly been heard across social media, replete with stories of nefarious meetings in the desert and the support of external powers. In this instance, additional rumours of broader complicity quickly followed in key US newspapers, albeit without comment from official Saudi sources.

The decision to make these arrests has been met with surprise by some who have questioned why and why now.

Two separate issues are at play here. First is the sense of a crown prince on a mission to eradicate all forms of dissent and to ensure a smooth transition to becoming king. In line with this, the arrests sent a strong message to critics within the kingdom, consolidating power and calling on members of the ruling family to “fall in line” behind the “son king”.

Arresting three prominent members of the house of Saud is a symbolic demonstration of power from the crown prince. Indeed, in arresting Mohammed bin Nayef, the former crown prince, MBS is sending a clear message to those across the kingdom that opposition will not be tolerated.

Prince Ahmed, the king’s brother, had recently returned from London and had allegedly been given guarantees of his safety on moving back to Saudi Arabia. While in London, Ahmed appeared to court controversy when he seemed to suggest that the king and crown prince, rather than the Al Saud family more generally, ought to be held responsible for the kingdom’s military exploits in Yemen. According to those familiar with his situation after his return, Ahmed was treated with respect, albeit with his movements and communications heavily monitored.

Mohammed bin Nayef, in contrast, has been placed under house arrest for the duration of MBS’s time as crown prince. In light of this, it seems unlikely he would have been involved in an attempted coup, particularly given the challenges of orchestrating such an event against a deeply powerful scion.

Since being named crown prince, MBS has wielded almost complete power across the Saudi state. Ostensibly heir apparent, it is widely accepted that he is sovereign in all but name, setting policy domestically and internationally, much to the chagrin of some.

As a result, it is hardly surprising that stories of coup plots find traction. The transition from the sons of Ibn Saud, the first king and founder of Saudi Arabia, to the grandsons of Ibn Saud was always going to pose serious challenges to monarchical rule across the kingdom.

Indeed, the peculiarities of succession in the kingdom, passing from brother to brother – a process of agnatic seniority designed to facilitate stability and prevent turmoil within the family resulting from one group dominating at the expense of others – meant that political horsetrading became a key part of succession planning.

When King Salman came to power in 2015, the need to explicitly articulate this process was evident and while Mohammed bin Nayef was initially named as crown prince – and thus the first of the next generation of Saudi rulers – he was quickly replaced by Salman’s son, MBS, in 2017.

This decision was not unanimous. In the Allegiance Council, responsible for succession planning, Prince Ahmed was one of the three who voted against the appointment of MBS as crown prince.

The second issue concerns the timing. Facing a range of parabolic pressures from domestic and international sources, the Saudi state is in a precarious position, with much at stake for MBS, the architect of the kingdom’s future trajectory.

Hugely popular among the youth, the crown prince quickly embarked on a wide-ranging programme of social, cultural and economic reforms that have sought to transform the kingdom away from a reliance on oil and to reduce the power of religious leaders.

However, the speed of transformation has been a source of anger among the more socially conservative elements of society, in a similar vein to that experienced by his grandfather, Ibn Saud, whose own efforts to transform the political landscape of the nascent Saudi state were met with resistance by many almost a century ago.

In spite of the support he undoubtedly has, there is a growing sense of unrest across the kingdom and concern at its future trajectory. Economic pressures are rising and while new entertainment complexes have been supported by state-sanctioned credit, the cost of living has dramatically increased.

Although social transformations and liberalisation have been welcomed by many, these come at a cost and will not assuage everyday concerns about the cost of living and pressures to find jobs in the private sector.

As the kingdom embarks on a costly battle with Russia and the US over shale gas, this economic pressure will only increase, bringing with it the scope for further anger at the status quo.

The decision to close the Grand Mosque of Mecca and to curtail the umrah was taken amid concerns about the threat posed by COVID-19, yet frustration quickly grew across social media as entertainment outlets initially remained open. An unpopular decision among conservative elements of Saudi society, this issue is emblematic of schisms in a society divided along economic, social, tribal and religious lines.

The failure to end the crisis with Qatar has also had an impact on how the crown prince is perceived inside the kingdom. Many Saudis expected a swift “victory”, with Doha returning to the “rank and file” of the Gulf Cooperation Council (GCC) members following the Saudi line. That this did not happen has been seen as a sign of weakness on MBS’s part.

The same is true of the failure to eradicate Iranian influence across the Middle East. The invasion of Yemen was ostensibly undertaken to prevent Iran from getting a foothold on the Arabian Peninsula. The curious case of Saad Hariri, the then-prime minister of Lebanon, being summoned to Saudi Arabia and submitting his resignation apparently under the instructions of Riyadh, occurred to prevent Hezbollah, a key Iranian ally, from gaining greater influence in Lebanese politics.

Such misjudgements have prompted some in the kingdom to question whether MBS is the right person to rule the Saudi state.

Saudi Arabia’s actions on the world stage have also increased pressure on the crown prince. Ongoing military involvement in Yemen has been a source of fervent criticism amid allegations of human rights abuses and war crimes committed there. Moreover, the killing of Jamal Khashoggi – an outspoken critic of military action in Yemen – in late 2018 led to questions from Agnes Callamard, the UN’s special rapporteur, about the complicity of MBS in the death of Khashoggi.

While these questions mean little domestically, outside the kingdom they contribute to perceptions of MBS as a reckless leader, prone to rash moves.

Although MBS appears to possess the hallmarks of an authoritarian ruler, given his apparent predilection for quashing dissent, his programme of economic and social reforms have been generally well received among Western rulers. With this support, at times tacit, MBS was able to survive the Khashoggi affair, laying the blame on rogue elements in the Saudi security sector.

So why this crackdown on senior royals and top officials now?

Having been appointed crown prince in 2017, MBS has steadily sought to erode all forms of dissent and opposition to his rule, both in the kingdom and beyond. These arrests could have taken place at any point in the time since Prince Ahmed returned to the kingdom, or since Mohammed bin Nayef was placed under house arrest. There are always intricacies in security calculations that are not known to the general public, which may be the case here. Yet it may also be the case that as a perfect storm appears to engulf Saudi Arabia and the international community, another question perhaps sheds more light on the crown prince’s position: “Why not?” 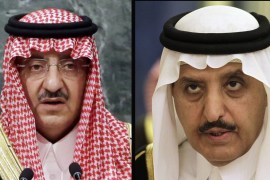 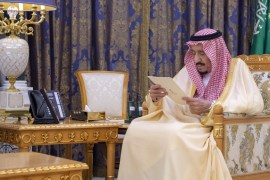 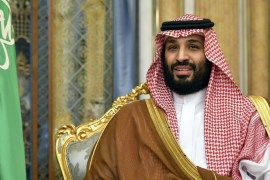 Authorities arrest King Salman’s brother and former crown prince among others in the latest purge.