In February 2019, Sierra Leone’s President Julius Maada Bio declared a national emergency over sexual and gender-based violence after recorded cases of rape and assault almost doubled over the past year.

According to police statistics, reported cases of sexual and gender-based violence increased by almost 50 percent last year to over 8,500, but actual figures are believed to be much higher as most cases go unreported.

During the country’s decade-long civil war, which left 50,000 dead, atrocities against women and children were commonplace. It’s estimated that more than 200,000 women were the victims of gender-based violence during the 1991-2002 war – and this legacy of abuse has endured.

Gender-based violence is traditionally seen as a taboo topic in Sierra Leone. Only 12 years ago, parliament passed the first gender equality laws in 46 years of independence, following efforts by women’s rights groups.

Since 2012, three “Husband Schools” in Sierra Leone have taken on domestic violence by teaching men about women’s health, gender issues, and how to be better husbands.

Al Jazeera takes a look inside the Husband School in the Eastern Province of Sierra Leone.

Pidia: ‘Everything is in the favour of men. I want this to change‘

Thirty-nine-year-old Pidia Joseph Allieu has made it his life’s work to eradicate sexual violence in Sierra Leone. He has worked for FINE Salone – an NGO promoting gender equality – since 2015 and is their coordinator in the Eastern Province of Sierra Leone. Even though his branch did not receive any funding for months, Pidia was determined to continue his work because people in the communities rely on his support.

“Sierra Leone is a great nation, with so much potential. But still, women and young girls are vulnerable to sexual offences, underage marriage, economic deprivation, wife beating.

“Men have gotten used to violations against women. That is really the legacy from the war … The violations during war were many, but the major ones were rape.

“When I was young, there was a rape case in my village. I remember it clearly. She left the village humiliated, whereas the man was only fined. All the institutions failed her. Everything is in the favour of the men. I want this to change.

“The [Husband School] class is trying to change the mindset of men … If you have sympathy for women, you won’t do bad things to them. If you know what you are doing is wrong, you will stop.

“For some, the Husband School is the first time they have been in a classroom setting. It is a challenge to get them to open up to new ideas.

“I am not doing my job for money. It’s a passion. Because I know it’s life-saving.”

Boima: They ‘taught us about sharing money with our wives’

Boima is one of the men attending the weekly training sessions at the Husband School in Nekabu. Before the classes kicked off, Boima didn’t know much about women’s rights. But he’s willing to learn.

“I cannot share any money with her [my wife] like they say, fifty-fifty, in our country. When I do that with this woman, she won’t be under my control. She listens to me carefully. Anything I say, she will listen to me.

“What is it they say we should do with women? Empower women. I said, ‘I can’t do it’.

“If you give these privileges to certain women, they look down on you. The woman will even want you to lie on the floor, so she can walk all over you.

“[But] if the Husband School can bring me to another level, I will listen.”

After the course, he changes his mind: “The Husband School taught us about sharing money with our wives to help us save something we can fall back on. So that’s why I’m trying little by little to give her palm oil to sell and invest.”

Mariama: ‘He beat me and told me to take my a** out of the room’

Mariama and her husband Musa are experiencing relationship problems. He has tried to take a second wife. Even though Pidia is providing mediation for them, the couple has lived separately for months now.

“He doesn’t feed me and doesn’t care if I exist. I told him my father is sick and I wanted to visit him. He said he doesn’t have money for me to go there … It’s going on to this day. He doesn’t even sleep in the house.

“I really regret it [marriage], I swear to God. By this time, I would have gone far with my education. When I finish my education, he will be down there and I will be on top. That is when he will see the power of a woman. I am just praying to God that I can improve my life.

“Even if we are going to break up, I am ready, as long as I have a rested heart. This is not the way God created love.”

Musa: ‘If you try too hard, it’s automatically called rape’

Musa, Mariama’s husband, has moved out of their home despite Pidia’s mediation efforts.

“At night she refuses sex with me. If you try too hard, it’s automatically called rape. To avoid that, I leave the house, because when I’m out, I feel at peace and forget about women.

“Everything she is saying is just allegations.

“[If it was my sister], I would advise my sister not to refuse her husband sex any more.

“I just went to my sister’s, that’s where I am staying. I told Mariama to meet me there if she doesn’t believe me. She refused and told me to get on with my b*****d life.

“[Mariama is] just a jealous person and took it to that level. I would not take that from any other woman.” 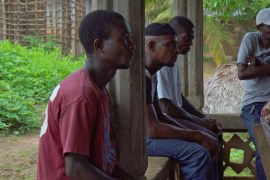 Trying to tackle sexual violence in Sierra Leone, one man teaches men how to be better husbands.

Trying to tackle sexual violence in Sierra Leone, one man teaches men how to be better husbands. 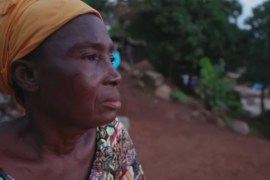 Insight into the remarkable attempt to bring peacekeepers who committed crimes against the most vulnerable to justice. 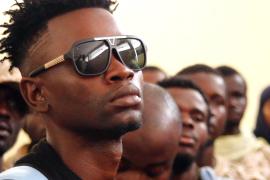 About sixty migrants from Libya have been returned to Sierra Leone.