In the second of our five-part series exploring what life was like for women living under ISIL (ISIS), three women who were married to ISIL fighters share their stories.

Anonymous – Syria: ‘This is your life now, you’re ISIL whether you like it or not’

ISIL was like a disease, an epidemic like the flu that infects everyone. Unfortunately, it infected my home. It infiltrated it through my husband.

He was an open-minded person. He loved life. He was liberal, sensible and well-educated. He was respected by all. Gradually, he became more religious, more devout. And then I noticed that his ideas had changed. I do not know how to explain it. It happened gradually.

Suddenly one day, he went to visit his parents in the countryside.

The next day, his mother called me and said: “He’s gone, that’s all. Forget about him. You no longer have a husband.”

After 40 days, I was staying with relatives and had not returned home. One of them told me that he had just walked past my house and had seen my husband there.

I went back home happy and hugged him. But it was not him any more. It was his face but it was not the same person. It was as if he was a stranger.

He told me: “I made my decision and you have to accept it. This is your life now, you’re ISIL whether you like it or not.”

ISIL was like a disease, an epidemic like the flu that infects everyone. Unfortunately, it infected my home. It infiltrated it through my husband.

My husband was a simple soldier. When ISIL arrived, he went to join them.

He forbade me from seeing my family. To be honest, I could not leave him. He was my other half. Besides, I had two children and was six months pregnant with my third.

I do not know why he joined them, but it was his friends who convinced him. I often tried to change his mind but I did not succeed.

When we were in Mosul, I threatened to leave him and go home to my parents. He said: “Go ahead, but you’re not taking the children. They’re my children.”

It was risky for me because of ISIL and the Iraqi army.

My husband’s behaviour towards me changed, but for the better. He thought that on any given day he would get killed. So every time he went to the market he would buy all kinds of things for us. Anything I wanted, he would buy it for me. His mother even told him that he was spending too much on the house. He said: “No, as long as I’m still alive I’m going to buy everything they want. Expensive or not, I’m going to buy it. I don’t want to deprive them of anything while I’m still alive.”

I wish every single woman would marry so she can see that a husband can be as precious as her soul. When I learned of his death, I fainted.

Khadija – Raqqa, Syria: ‘They stoned her until she died’

I am Khadija. I am 33 and I was married to a member of ISIL. He was from Belgium.

I met my husband when he came to ask my brothers for my hand. He already had two wives. One of them had stayed in Belgium because she did not want to come to Syria with him.

My family was in favour of my marriage for financial and religious reasons. But when I saw him, I refused. He had a long beard, long hair. They forced me to marry him.

One of the last things they did was to ask women to wear suicide belts. And a lot of women volunteered ... Four women from Belgium volunteered. We helped them prepare.

When he took me home, his wife was not there. On our first night, he explained to me what he liked and what I should do to him. He was violent. They were all violent. ISIL members are known for that. The women have no say; we cannot question their decisions.

Of course, I was sad. How could I feel otherwise? If someone hits you on your wedding night you are going to feel humiliated and sad. He was often violent and not just with me. He hit his other wife in front of me, and he hit me in front of her. And we did not dare say anything.

My husband often took us to see ISIL’s punishments. Once, we were in the car and he told us: “I’ll show you something.”

We went to two things. The first was a sodomy case. They tied the accused to a chair and pushed him off the top of the tallest building.

The second case was a woman. I saw it because my husband made me. They took this woman to al-Naim roundabout and stoned her to death. They stoned her until she died. Blood came out of her eyes and from all over her face. Every time she tried to get up they threw stones at her.

One of the last things they did was to ask women to wear suicide belts. And a lot of women volunteered. My husband asked me and his other wife but we were terrified. So he was afraid that we would cause the operation to fail. Four women from Belgium volunteered. We helped them prepare. We had learned from watching others. There are specific areas to place the explosives. And it can only be done by women, so we did it.

The most important thing to show is that men should not be violent with women. Violence against women must stop. We have to have gender equality. And, above all else, we must have peace.

These accounts were gathered for the documentary ‘Women of ISIL’ by filmmaker Thomas Dandois. They have been edited for clarity and brevity. 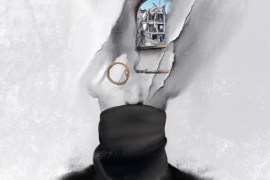 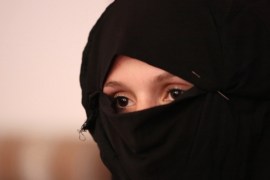