Confusion. A second look. Devastation slowly crept up. I could not believe it: the pot of samp in the fridge was gone.

Around me, the world continued as if nothing had happened. Outside, taxis hooted. Inside, the TV played. Mum and Gran carried on with their conversation.

Perhaps it is somewhere else in the kitchen, I tried to reassure myself. Though it would be deployed for other uses during the week, we had a specific aluminium pot in which samp was cooked. It always needed to be washed until it was gleaming, twinkling. On many occasions, my gran made me rewash it until the marks were gone. The pot was big enough for the samp to boil freely and big enough to feed our family of seven for dinner on Wednesday and leftovers on Thursday afternoon.

I closed the fridge door and softly asked about the pot. When my mum simply replied, “the samp is finished”, the devastation released its grip, allowing tears to come. 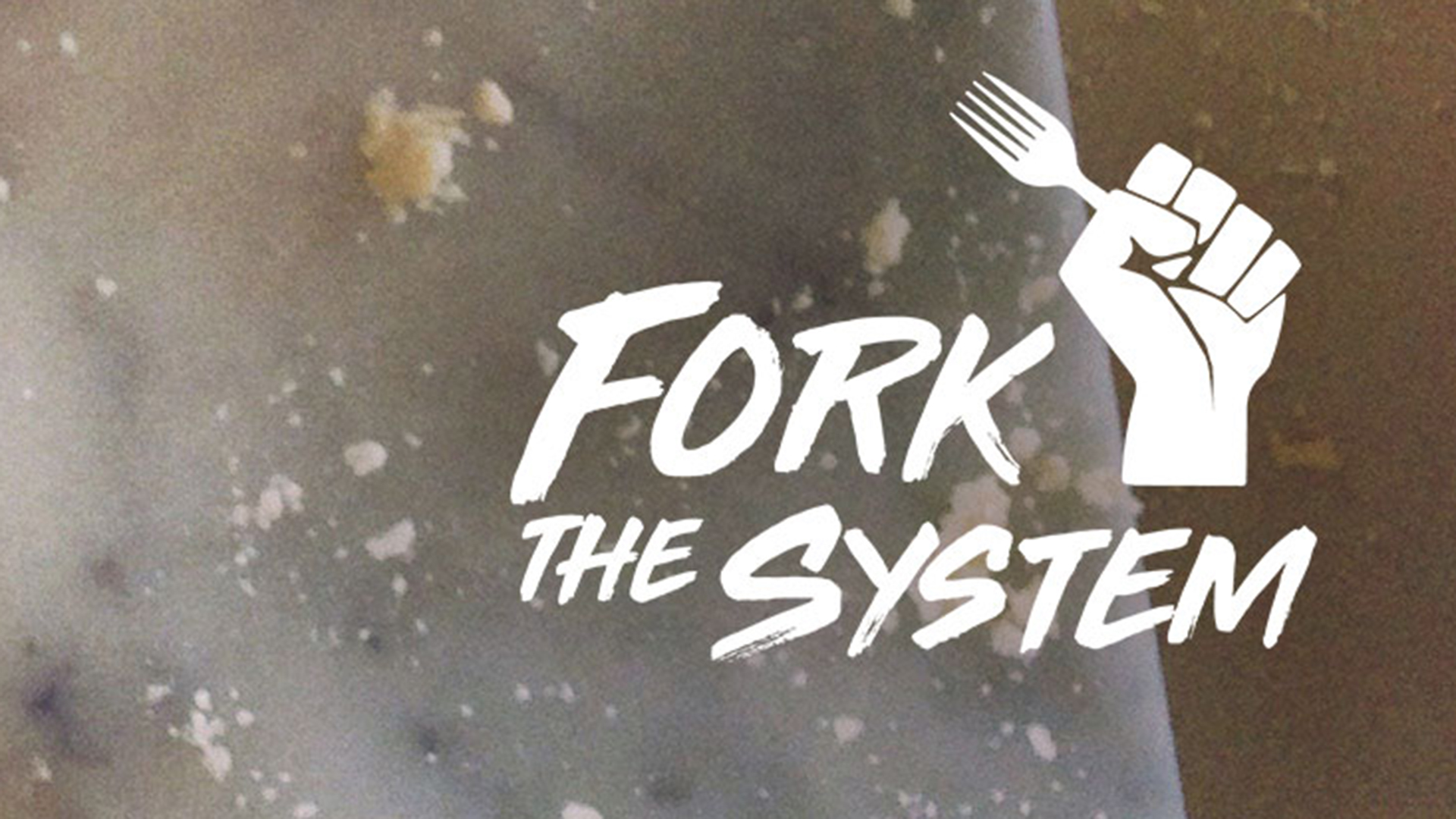 It had been an unusually cold and rainy day in Durban. One I had stoically endured, walking head firmly down around the sodden university campus, sitting in frosty classrooms, and on the commute home, watching the rain with a smile on my face because I was soon to have a bowl of my gran’s steaming hot samp.

Instead, now, it was my anger and frustration steaming. How could my sisters have eaten all the samp and left nothing for me? Nothing. Not even the delicious crust at the bottom of the pot.

I cried. Hard and good.

Today, my family and I laugh at this memory. But the disappointment of that day taught me a lesson about the kind of time and love that goes into making this simple dish.

Popular across Southern Africa, samp, isitambu in my native Zulu, or umngqusho in Xhosa, is one of my favourite meals. Samp is the name of the complete dish but it also refers to one of the two base ingredients – dried, stamped corn kernels. Made with corn kernels and beans, samp is a moreish, comforting and filling dish. While the rest of my family might have a curry or stew to accompany it, as a vegetarian, I am in culinary nirvana with a heap of steaming samp in my bowl.

As it requires just a handful of affordable ingredients, it is a dish that is accessible to households of varying income levels. It can be cooked on a stovetop or on an open fire. And it is so widely loved that it is a staple at community gatherings like weddings and funerals and special occasions such as Christmas or Easter.

In recent times, samp has taken on different iterations with mushrooms or carrots or peppers being added in. In some households, it is boiled with pieces of chicken or beef so that it becomes a delectable one-pot meal. Different tribes add in their regional flavours. In eSwatini, formerly known as Swaziland, for example, unsalted peanuts are added in to boil with the corn kernels and beans.

While growing up at home, my parents created a weekly menu to keep a handle on finances and culinary expectations. Mealtimes on Wednesdays, Fridays and Sundays gave me immeasurable joy. On Wednesdays I would savour samp, Fridays feast on fish and chips, and Sundays relish roast chicken.

But Thursday afternoons were also special. We would have leftover samp, which often tasted even better that day.

On Wednesdays, my gran and cook-in-chief would have to orient her life around proximity to the stove. Requiring time and attention, samp calls on cooks to be devoted to the process. My gran would spend almost a day getting it ready.

I was raised in a very loving family. My gran did not lavish me with gifts or material possessions; she lavished me with her time and attention. I saw this with stark clarity the day I did not get to eat her samp. At age 19, I learned that love can be measured in time.

Finding the pot empty that Thursday was devastating because I knew there was nothing that could replace it – nor what my gran had put into making it.

All those Wednesdays that she made samp, tending to the pot for about six hours, my gran loved in time. She put aside certain tasks such as church meetings, grocery shopping or tending to her garden that would have taken her away from the kitchen for more than an hour or two. Her love for me and dedication to my nourishment were evidenced by every bowl of her samp I had eaten. The hours my gran invested in feeding our family also held a lesson about spending time wisely.

The way she diligently managed time by choosing activities like ironing that would allow her to still keep an eye on the pot is one of the reasons why I am always hesitant to join in or affirm jokes about how Africans are bad at time management.

Rather, I think that we govern it differently.

Africans are able to wake up at sunrise to go plough the fields. Africans make sure cattle are back in the kraal before sunset.

This classical timekeeping was common in many agrarian communities across the globe until the Industrial Revolution, starting in 1760, saw Europe and the United States transition to new manufacturing processes, facilitating the need for stricter control of hours. Workers could no longer rely on the natural rhythms of the day or season. Time became money and needed to be maximised.

When it comes to keeping time, social scientists refer to societies as being either monochronic or polychronic.

Considered to be monochronic, the US is a society in which time and scheduling are paramount.

By contrast, many African communities are considered polychronic, which means they value an event more than a strict plan.

Monochronic time systems require tasks to be fulfilled one by one, with time broken down into precise smaller units so that it can be properly managed.

A polychronic time system is one in which several things can be done at the same time without the need to account for every moment. Polychronic cultures are more focused on relationships than they are on tasks, and time is a fluid concept, able to be expanded or contracted as necessary. When visiting a neighbour or friend, for example, my gran took as long as she needed. On Wednesdays when she cooked samp, she could have visitors but would only visit friends on days when she had the leisure of the visit running for however long it ran.

As an African, I find myself straddling both clocks.

In the working world, I need to be monochronic. In my personal life, I lean towards more polychronic living, which comes with accepting that you are not in control. This is influenced by seeing how my parents and gran managed their polychronic lifestyles. They had a fixed schedule for arrangements like work or school, and a take-it-as-it-comes approach for almost everything else like social gatherings and lazy days at home.

Every Wednesday she made samp, my gran did so under a polychronic time system, particularly because samp needs to be on the boil for so many hours, and that timeframe cannot be predetermined as an exact science.

First, the corn needs to boil until it has softened, then the beans added and boiled until soft. The pot needs to be constantly watched to make sure the water is replenished as it depletes or that it does not spill over. And the kernels and beans should never overboil so that they get mushy. Thinking of my gran making samp reminds me about the merits of polychronic time-keeping and the flexibility that comes with it.

In my family, lunch is eaten when it is ready. Nobody will purposefully delay in the kitchen, but if you think lunch means that at precisely 1pm you will have a plate in front of you, then you have probably never cooked steam bread that took longer than usual to rise because the weather took a cloudy turn or the dough was stubborn.

I try to keep a balance between flexibility and good time management. On Sundays, for example, it is important for me to make it to church on time, but I rarely make plans for after the service. Sometimes I will have many cups of tea after the service until hunger calls. Other times, I love to sneak straight out to head home for a glorious nap.

My gran’s weekly dedication to making samp taught me about the value of allotting my home and personal space to polychronic time-keeping. Since she passed away in 2016, the memories and lessons have become even more poignant. All those years of her regular samp cooking remind me to purposefully leave large gaps of unallocated time in my weekends. To start a thing and finish it whenever it finishes. It makes me wish that more of us would give ourselves to time-consuming activities instead of trying to milk productivity from every hour.

Instead of overscheduling ourselves and being annoyed when events or tasks run into each other, we could focus on scheduling love. And give it the time it needs – like a big pot of samp, with each steaming bowl a testament of the cook’s love.