A life for a life. An eye for an eye.

It is a deeply divisive issue, and for the 1,281 Malaysian prisoners on death row, it is literally a matter of life and death.

As the government deliberates on the future of the death penalty, 101 East meets the grieving families on both sides of the debate.

Yan, Kedah – In January 2019, four-year-old Nurul Hanim and her younger brother, one-year-old Mohamad Hafiz, were stabbed to death in their beds.

Their parents, Idris and Shila, are still reeling from the tragedy and want the alleged murderer to hang.

Malaysia currently has the death penalty for 33 crimes. Murder is one of the 11 crimes that carry a mandatory sentence.

But as the country considers abolition, or potentially giving judges discretion in sentencing, Idris and Shila fear they may be denied justice for their children’s murders.

For them, and many others following Islamic law, capital punishment is both sanctioned and supported.

“My friends and I all want him dead,” says Idris. But if there is no more death penalty in Malaysia … if he gets to be free and he gets to come back … We can also murder him.”

Sibu, Sarawak – The death of a loved one is heart-breaking, but the often drawn-out process of a murder case can amplify a family’s grief.

Stephen Wong, a 31-year-old bank manager, was stabbed to death in his bedroom.

After a police investigation, his wife was charged with abetting the murder and sentenced to death by hanging. She is appealing the verdict.

But while the government reconsiders capital punishment, Stephen’s family believe only a death sentence will give them justice.

Ah Wai was just 19 when he was arrested for kidnapping and murder.

According to court documents, the evidence against him is circumstantial and during the trial, his mother testified that he was home when the crime allegedly took place.

He was sentenced to death and has now exhausted all avenues for appeal.

“My heart hurts for him,” says his mother Ng Ah Kwai. “He was such an active child. But he’s been locked up for more than 10 years. It feels terrible. When I’m unwell, I get scared. Scared that I’ll die and that no one will visit him any more.”

Gombak, Selangor – “An eye for an eye” is often used to justify capital punishment in murder cases. But more than 900 of Malaysia’s death row inmates are there for drug-related crimes.

In 2007, Razali Ahmad was found guilty of trafficking 858 grams of cannabis and given the mandatory death sentence.

He has been on death row for 12 years.

But the possibility of a change to the law has given him and his family a glimmer of hope.

“It’s only hopefully … this is the way for my son to come back,” says his mother Siti Zebedah. “Let him take me to the mosque. I want to hold him.” 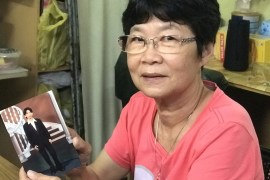 101 East investigates why plans to abolish the death penalty in Malaysia are causing controversy. 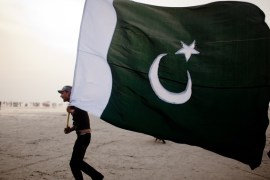 Despite allegations of rights abuses, Pakistan continues to be one of the five most prolific executioners in the world.