Tehran, Iran – A large sign looms over the entrance to Dr Sapir Hospital, Iran’s only Jewish medical facility located on a busy street in downtown Tehran.

“Love your neighbour as yourself,” it reads in Persian, echoing a command found in the Jewish religious text, Torah.

“We want to do our best for all the Iranian people,” added the middle-aged surgeon.

For 76 years, the Dr Sapir Hospital has been a fixture in Tehran’s Oudlajan neighbourhood, once a Jewish quarter just blocks from the capital’s centuries-old Grand Bazaar and Iran’s parliament.

Most of the Jewish residents in the area have since left, but the hospital has remained open, sustained by funds from the Tehran Jewish Committee. It continues to operate as a charity hospital serving mostly low-income patients from the predominantly Muslim neighbourhood.

Over the years, the hospital has weathered some of the most turbulent episodes of Iran’s history, such as the 1979 revolution, during which its medical staff treated protesters and hid them from the Shah’s feared secret police, the Savak.

But now, with the return of the US sanctions in the wake of Washington’s withdrawal from the Iran nuclear deal, Morsadegh and his hospital staff are facing the dilemma of how to take care of their most vulnerable patients.

Just like other hospitals across Iran, Dr Sapir Hospital’s access to imported medications for life-threatening conditions has turned precarious.

Although medicines from abroad are not covered in the first round of US sanctions that was announced earlier in August, the effect is the same as bank payments from Iran for these drugs are now blocked. As a result, the disruption could have life-and-death consequences on ailing Iranians.

At the same time, the value of the currency, the rial, has also plummeted against the US dollar, due to the economic uncertainty brought about by sanctions. That has driven inflation higher, forcing Iranians to spend more to afford treatment.

A second round of punitive measures against Iran’s energy sector is expected in November.

The US said those steps are necessary to stop Iran’s nuclear ambition, and to curb its influence in the Middle East. It has vowed to continue the pressure, until Iran decides to give in to its US demands – a prospect that Tehran has so far rejected.

Iranian Foreign Minister Javad Zarif had referred to the US moves as part of a “psychological war against Iran“.

According to a Tehran Times report, 40 percent of Iran’s pharmaceutical raw materials and five percent of its medicines are imported.

An article in the Independent recently reported about the shortage of chemotherapy drugs for cancer patients, following the reimposition of sanctions.

For Morsadegh, there is no doubt that the sanctions imposed by US President Donald Trump, a property tycoon and former reality TV star, are meant to punish ordinary Iranians.

“I am sure that Trump does not know what shame is, because he is doing his best to deprive the sick children in Iran from the treatment of their malignancy,” he said.

“A man, whose best activity is owning a casino, cannot understand the condition of a family with a sick child,” he added, surrounded by an Iranian flag and a portrait of Moses and Aaron – prophets in Abrahamic religions – inside his office at Dr Sapir Hospital.

Aside from his hospital duties, Morsadegh – who could be mistaken for the iconic American television character Tony Soprano, with his large build and baritone voice – is also a member of the Iranian parliament, the only Jewish among the 290 legislators.

Since 2008, he has represented the more than 25,000 Iranian Jews before the national assembly, also known as the Majlis.

Balancing both roles has a number of challenges, Morsadegh acknowledged.

“But we have a saying, ‘God loves the foolish and the surgeon’. And of course, God loves a foolish surgeon such as me. So, he makes it work for me,” he said, clutching his prayer beads with his left hand.

Turning more sombre on the issue of US sanctions, and the animosity between Tehran and Washington, the doctor said Iranian Jews stand shoulder-to-shoulder with the Islamic Republic’s policy.

“We are not a different group from other Iranian people. We are part of the Iranian nation,” he said, adding that there is no contradiction between being an Iranian and Jewish.

“Any decision that is made by the Iranian nation, about its national interest, about its border and about its relationship with other people is accepted by Iranian Jews,” Morsadegh added.

Younes Hamami Lalehzar, a senior rabbi at Abrishami Synagogue, one of the more than 50 Jewish house of worships in Tehran, said it might come as a surprise to many but Jewish ties to Iran go back as far as 2,700 years ago.

It is believed that the Jewish heroine, Esther, and her uncle Mordechai are buried in the western Iranian city of Hamedan. According to Jewish biblical text, Esther was married to the Persian king, Xerxes.

But there have also been periods of unrest, such as the forced conversion of Jews to Islam during the Safavid and Qajar era, and the migration of thousands of Iranian Jews to the US following the 1979 Islamic Revolution.

“Jewish lives in Iran are connected to other Iranian lives, they are not separated,” said Lalehzar, who is also an internal medicine specialist at Dr Sapir Hospital.

Lalehzar said Iranian Jews “share the sorrow” and experience of the whole country with the return of US sanctions.

Khodad Asna Ashahri, a Muslim man who as the manager at Dr Sapir Hospital is Morsadegh’s most trusted deputy, said that throughout his five-decade-long career at the facility, Jewish and non-Jewish staff have worked side-by-side to serve patients “regardless of their religion, colour or origin”.

During the eight years of the Iran-Iraq war in the 1980s, the hospital allotted at least 30 percent of its capacity to treat wounded soldiers, he said. At that time, many Iranian Jews fought and died in the war.

Amid the reinstatement of sanctions against Iran and its consequence on the country’s healthcare, Ashahri said Iran “won’t submit to humiliation” by the US.

“Muslims and Jews, we are all united. Even if our situation gets worse and worse, we won’t surrender to Trump’s demands,” said Ashahri, calling on the US president to “stop these warmongering measures”.

Since his decision in May to withdraw the US from the landmark nuclear deal, Trump has said he is willing to speak to Iran’s leadership without preconditions – even though, his comments were instantly walked back by US Secretary of State Mike Pompeo who listed several steep demands for such a summit to take place.

Meanwhile, Iran’s Supreme Leader Ayatollah Ali Khamenei, who has the final say in the country’s most important political decisions, has ruled out negotiations with the Trump administration – a stance that Morsadegh backed.

“I must be crazy to again have a dialogue with a man, when he does not want to keep his promise,” he said. “We cannot tolerate this, and we cannot accept this.”

No matter what Iran’s political and economic prospect would be, Morsadegh vowed to continue doing his “first passion” as a doctor “to decrease the suffering of the people” in Iran.

“Going to the parliament for me is a duty for my country and for the Iranian Jews. My work in this hospital is my duty as a human being.” 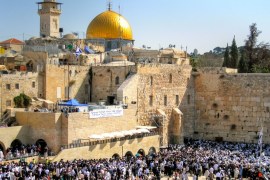 Officials say they will ‘confront’ any attempt to change status of the Holy City as Palestinian capital. 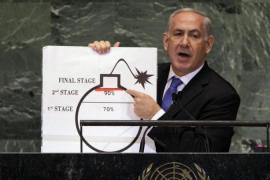 Who is the real threat: Iran or Israel?

Israel continues to threaten Iran, despite the new dawn in Iranian diplomacy spearheaded by President Rouhani.