The people of Gaza have been living under Israeli blockade for more than a decade.

In 2006, Hamas beat Fatah in parliamentary elections in the Gaza Strip and, a year later, fighting between the rival factions broke out.

When Hamas eventually took control, Israel responded by enforcing a land, sea and air blockade on Gaza and banning Gaza residents from working in Israel.

Egypt followed suit, effectively sealing the strip from the outside world.

Gaza’s continued isolation has devastated its economy, impoverished its population and left 60 percent without jobs, adequate electricity and health services.

In addition to the blockade, the factional fighting between the two main Palestinian parties, Hamas and Fatah, has made life for the people of Gaza even more difficult.

Here, four citizens of Gaza share their experiences of life under Israel’s blockade.

Nafez Adayess: ‘People want to go back to their land’

Nafez’s family has owned a bakery for generations. He says people bring their food for him to cook because they cannot afford gas.

“We used to live there, we had our own land and we had the bakery in Jaffa. All of that was taken over [by the Israelis].

“They came and stole our lands and they’re now after us for the tiny bit we have left to live in.

“A person who used to eat a chicken, now can’t even find money to buy one. There’s no money because of all the wars and unemployment.

“Originally, we lived a beautiful life … People want to go back to their land, to the lives they used to live. it wasn’t much, but we were living.

“Even today, we have old people who remember everything [from before 1948]. But all of that has been taken over by Israel and they claim that it is their land.

“How is it their land? They forced us out of there and now they’re coming after us here.

“What do they want from us? If we do anything, they call us terrorists. What is it they want? Where can we go?”

Nahed al-Ghool: ‘There is no way forward in this place’

Nahed delivers drinking water to people across Gaza, many of whom cannot afford to pay him. Before the blockade, he earned a living working in Israel and neighbouring countries.

“The best period of our lives was when we used to work in Israel, 25 or 30 years ago.

“We were happy, we used to go to Israel or Jordan or Egypt – the roads were open. We lived well, there was money. Today, there’s no money.

“We had a good life … we married off our two sons. [Everyone was] well and happy. Today, none of that exists.

“We live in a prison. People don’t know what to do; the situation is difficult.

“They want to educate their children and spend money on schooling and in the end, they say, ‘What do I have to do here? I want to leave. There’s no way to earn a living.’

“There is no way forward in this place. This isn’t a life.”

Ahmed al-Hissi: ‘They shoot us at sea, on land and from the air’

Ahmed has been a fisherman in Gaza for almost 50 years. He has seen Palestinian fishing reduced to an area within six kilometres off the coast.

“I started fishing when I was 11 years old, I used to with my father. Back then, we could fish all the way from Gaza to the Suez Canal, there were about 40 or 50 fishing boats from Gaza and Al Arish. There were so many fish.

“In 2006, the Palestinian people elected Hamas. From that moment, Israel was closed and so was the sea. Everything we used to export to Israel was forbidden.

“From the moment the people elected Hamas, they punished us. If we hadn’t elected them, we wouldn’t have been punished.

“We chose our freedom and democracy, but they didn’t want that … so they closed the sea and then, the suffering really hit.

“They shoot at people at sea, on land and from the air”.

Maha is a journalist living and working in Gaza. She says local journalists face pressure from both Israeli and Palestinian authorities and remembers a time that Hamas attempted to stop a demonstration.

“I had gone out because I had a national responsibility to denounce Israel’s new projects.

“It was a peaceful demonstration but we realised later that the security services wanted to stop them.

“Even if it was a protest over the deterioration of the humanitarian situation and living conditions inside Gaza, that would have been within our rights. Governments should respect. Unfortunately, that is not the case in Gaza.

“Journalists here are risking their lives. We are increasingly under pressure from both the local authorities and the Israeli occupation.

“If I want to write about sensitive topics, like the Palestinian authorities or the Israeli occupation, sometimes, I don’t write under my name so that I won’t suffer as a result.

“During the 2014 war, the Israeli Defence Ministry online account would provoke us by calling us names, there were several attempts to hack my account and those of other Palestinian activists who refuted Israel’s narrative of the war.”

Editor’s note: These interviews have been edited for clarity and brevity. 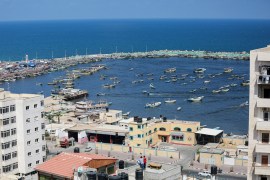 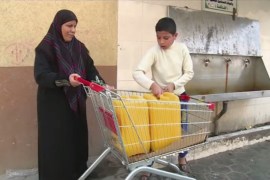 Daily life in Gaza: ‘There is no future in this place’

Gaza residents give an insight into their daily lives under Israel’s siege.